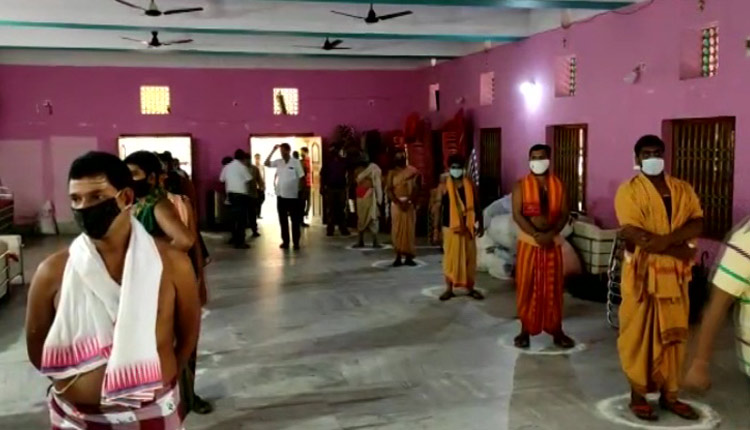 Jajpur: With just one day to go before the commencement of the Rath Yatra of Maa Biraja in Jajpur, COVID-19 tests of the servitors chosen to participate in the festival were conducted today.

As per the Orissa High Court that had earlier allowed the conduct of Rath Yatra in adherence with all the COVID-19 protocols, the servitors are being tested in three phases with the help of more than 250 COVID antigen kits. The servitors testing negative for the virus would be allowed to take part in the festival.

It has been decided that the Rath Yatra of Maa Biraja this year will be conducted in a subdued manner similar to that of Puri.

Earlier, hearing a total of 4 cases including two PILs filed by Mukti Mandapa Sevayat Parishad of Maa Biraja Temple and Jajpur district lawyers’ association, the Orissa High Court had asked the Jajpur district administration to take a decision on the conduct of Rath Yatra at the earliest.

The petitioners had argued that Maa Biraja is the only Goddess in the country to have her own chariot festival, which can only be held at her shrine during Durga Puja/Dussehra.