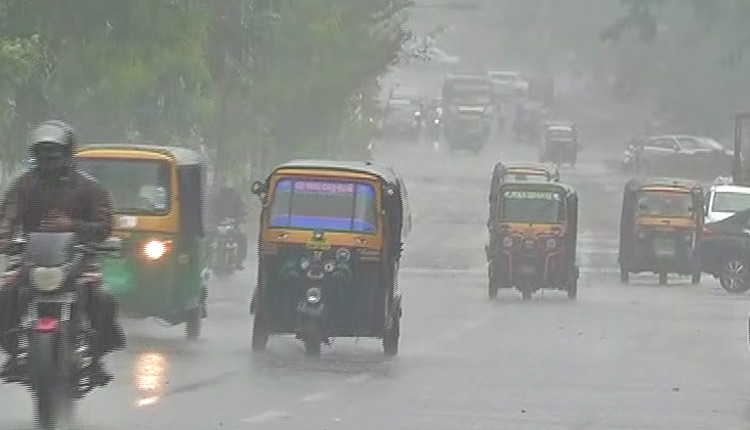 Bhubaneswar: The Regional Meteorological Department here has said that there is a likely formation of a low-pressure area over the central Bay of Bengal in the next few hours, which might trigger heavy rainfall in some of the districts in south and coastal Odisha.

Under the influence of the cyclonic circulation over central BoB and its neighbourhood, a LOPAR is very likely to develop during the next 12 hours.

As per the forecast, light to moderate rain or thundershower is very likely to occur at many places over the districts of coastal Odisha, Malkangiri, Koraput, Rayagada and a few places over rest of the districts.

A yellow warning has been issued for Malkangiri, Koraput, Rayagada, Ganjam, Gajapati, Puri, Jagatsinghpur, and Kendrapara districts, where heavy showers are very likely.

In the next 24-48 hours, heavy to very heavy rainfall is very likely over Ganjam and Puri where an orange warning has been issued. Similarly, some parts of Malkangiri, Koraput, Gajapati, Jagatsinghpur, Kendrapara, Bhadrak and Balasore districts will witness heavy rainfall during the period.

Meanwhile, in view of the weather conditions in south Odisha, Gajapati Collector has advised block officials to remain alert and be ready to deal with any water logging and landslide in vulnerable areas. A 12-member ODRAF team has also been deployed in the district, to deal with any exigency particularly water-logging in low-lying areas and landslides in hilly regions.