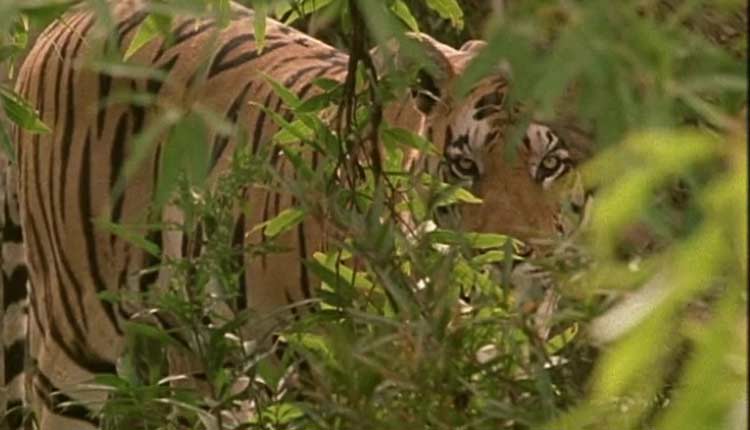 Angul: The lone surviving tigress at Satkosia Tiger Reserve in Angul district is reportedly unwell. Odisha Forest department suspects that the illness could be due to some injury on its tail.

An injury-like spot was detected from several pictures and visuals of the trap cameras installed in the forest. But so far it is still unclear whether it is an injury or something else, informed officials.

“The tigress is moving and behaving normally. But we have detected a red-patch on its tail some three weeks back. After reviewing the pictures and visuals, it appears that the present patch on the animal’s tail has become discoloured,” said Angul RCCF, Pradip Raj Karat.

According to Karat, it is the sole tigress and already a protocol has been prepared for its treatment. But everything is possible only if the animal is captured. So far the tigress has only been observed in the pictures taken by the trap cameras and it has not been traced by our staff yet. Meanwhile, the tigress’ health condition is being monitored closely and tranquilising is not the solution as of now as it might pose a risk to the animal because of her age, he added.

“From the footage, experts say it could be some fungal infection. We have already notified the matter to the senior officials seeking permission to trap or tranquilise the big cat. Tranquilising the animal is a concern for us and we are trying to capture it in a cage,” Karat added.