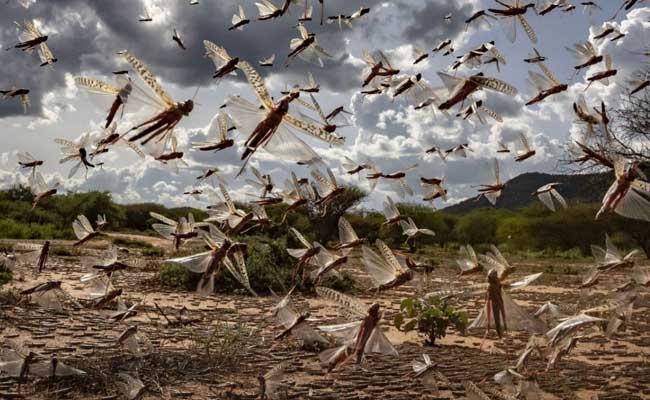 Bhubaneswar: The Directorate of Extension Education under Odisha University of Agriculture and Technology on Tuesday issued an advisory to farmers asking them to take precautionary measures in view of the attack of destert locusts that have already wreaked havoc on crops and vegetation in several north, western and north-western states of the country.

In a directive, the OUAT has listed out some steps asking farmers of the State to duly follow the best practices in dealing with the locusts.

Directorate of Extension Education, OUAT releases advisory for #Odisha farmers to take precautionary measures in view of the attack of desert locusts which have now affected several States like Rajasthan, Gujarat, Punjab, and Uttar Pradesh pic.twitter.com/TAPagUllry

Farmers residing in bordering areas of the State have been asked to remain alert and take immediate steps like spraying 5% Neem Seed Kernel Extract (NSKE) 200 litres per acre of crops and vegetation after sunset as a precautionary measure in this regard.

If farmers spot locusts swarming towards their farmland, steps like beating utensils can be taken in order to stop the intensification of the swarms.

Since locusts stop movement and settle on vegetation after the dusk, farmers can hit branches of trees and crops to remove the locusts, collect and dispose by torching them on fire at safe place.

It may be noted that a swarm of locusts entered India via Pakistan last month before venturing out to several states giving sleepless nights to farmers. Ahead of the arrival of monsoon, numerous districts of States like Gujarat, Rajasthan, Punjab, and Uttar Pradesh have been hard hit by locust infestation.

Apart from rural areas, locust swarms are being increasingly witnessed in urban pockets like Delhi.

In February 2020, the United Nations’ Food and Agriculture Organization had raised caution about a locust invasion that could destroy farmlands across southwest Asia, including India.