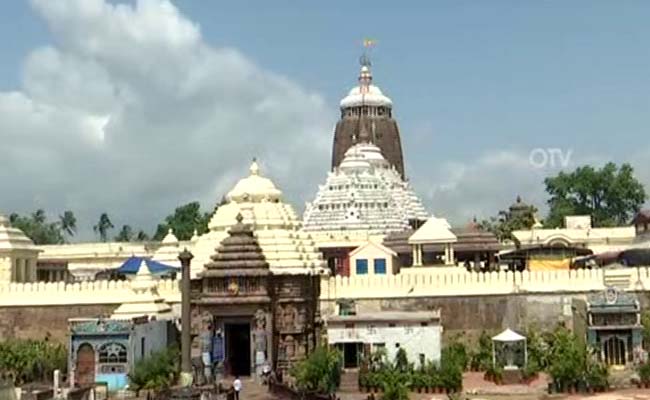 Puri/Bhubaneswar: The extension of the nationwide COVID-19 lockdown by two more weeks has added to the uncertainty looming over the conduct of this year’s annual Rath Yatra in Puri.

It may be noted that Odisha government had earlier announced that decision to conduct Rath Yatra will be taken after the completion of the second phase of lockdown on May 3, but the extension of lockdown by the Ministry of Home Affairs on Friday has fuelled speculations over the fate of the chariot festival this year.

Soon after the announcement, a delegation of senior Daitapati servitors held a discussion with Puri Gajapati Dibyasingha Deb and requested him to convince the State government to give a green signal for the Rath Yatra.

As per Daitapati servitors, since Puri has been categorized as a Green Zone by the centre, the government should begin preparations for the event as per the necessary protocols after May 3.

However, the Maharana servitors (carpenters) who are entrusted with the construction work of the chariots of the Holy Trinity for the festival are not happy with the delayed commencement of the construction.

“Generally, the temple administration holds a preparatory meeting with Maharanas ahead of Akshay Tritiya to start chariot construction but this year, no discussions have been done so far even though we have learnt that the authorities have held consultations with other sects of servitors. We were informed that we could start the work after May 3, but how is that possible? We have lost several crucial days due to lockdown and it will be nearly impossible for timely construction of the chariots as there are so many other rituals between now and the Rath Yatra,” said Bijay Mohapatra, the chief carpenter of Nandighosha Chariot.

Meanwhile, Daitapati servitors have said that everyone wants Rath Yatra should be conducted and we also hope that construction of chariots will begin soon.

Senior Daitapati servitor Binayak Das Mohapatra said, “We don’t want to comment anything on why Maharana servitors are not willing to construct the chariots but it is the responsibility of the authorities to ensure that it is done.”

Amid the friction between Daitapati and Maharana servitors, Garabadu Nijog has made it clear that they will support whatever decision the government takes.

“Only the administration can clarify if it wants to conduct the festival or not. Because if does not take any decision sooner, it will be impossible for Maharanas to construct the chariots,” they said.

No Subsidy For Domestic LPG Customers Onwards May