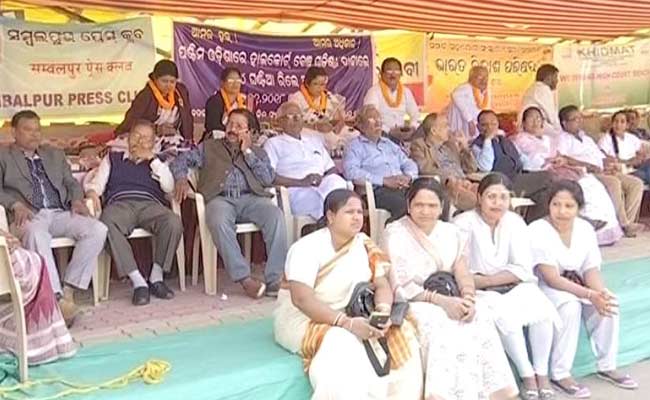 Sambalpur: Amid the on-going agitation by several bar associations of Western Odisha demanding establishment of a permanent High Court bench in the region, the State Government transferred all the pending cases in various courts here to neighbouring courts for speedy trial.

Earlier on December 6, the Supreme Court had asked the Orissa High Court to identify courts in adjacent districts, where persons can seek redressal of their grievances and create concurrent jurisdiction for the cases. The apex court had also directed to transfer adequate number of officers from the non-working districts to the working districts for the said purpose.

In compliance with the direction of the SC, the High Court on January 13 had conferred concurrent jurisdiction on the courts in adjacent districts.

Based on the advice of the HC, the Law Department issued the notification to ensure speedy trial of the cases.

Similarly, the pending cases of Deogarh and Jharsuguda judgeship have been given to Keonjhar and Sundargarh courts respectively.

Besides, the pending cases in various courts of Sambalpur will be heard in Bargarh courts.

Earlier in January, the Odisha State Bar Council had written a letter to the Bar Council of India (BCI) seeking action against various lawyers associations protesting for establishment of an Orissa High Court bench in western Odisha.

In the letter, the council has recommended disciplinary action against members of 17 lawyers’ associations & central working committees for continuing protest over establishment of permanent HC bench.

Lawyers of western Odisha have been protesting against the inordinate delay in establishment of a permanent bench of Orissa High Court in the region. The lawyers expressed disappointment over non-functioning of high-level intra-departmental committee constituted by the state government to look into the demand for establishment of permanent HC bench in western Odisha.