As patients from across western Odisha depend largely on VIMSAR for treatment, the delay in the hospital's expansion has irked people 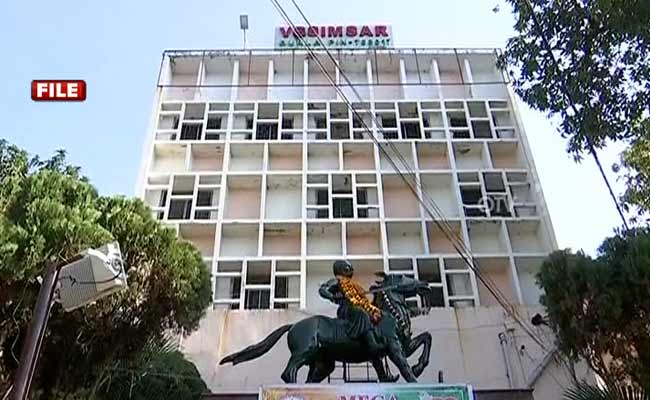 Sambalpur: While the State Government is yet to take up the land acquisition process for the expansion of Veer Surendra Sai Institute of Medical Sciences and Research (VIMSAR) in Burla, several acres of government land in the area have been allegedly encroached by land mafia.

It may be noted that Odisha Health and Family Welfare Minister Naba Kishore Das, during his visit to VIMSAR in July last year, had assured that the land acquisition process for the proposed expansion of the hospital would be completed by October 15. However, even after seven months, the State government is reportedly yet to take up the acquisition process.

Reports said, a total of around 79 acre of government land near Kendriya Vidyalaya in Burla, which was meant to be handed over to the hospital for its developmental project, has been acquired by land mafia. Besides, the lands have been marked by installing pillars and constructing boundaries.

“Due to the lackadaisical attitude of the government, they (mafia) have demarcated the government lands by installing cement pillars and are also selling it. As the hospital’s director post is still vacant, all the projects have been stalled. If the concerned administration does not take any steps, the anti-social elements will gradually grab the entire stretch of government land,” alleged a lawyer and resident of Burla, Laxmidhar Mohanty.

Meanwhile, VIMSAR Dean Professor Brajamohan Mishra informed that the hospital authorities have planned to construct infrastructure and staff quarters on the land as per the expansion proposal of VIMSAR.

“The VIMSAR authorities have a series of plans to develop its infrastructure and we have asked the government to hand over the 79 acre of land near NAC College. We have decided to construct MCH building, 350 staff quarters, new born unit and other infrastructural projects on the land. Once the land is demarcated and handed over to us, we will start the construction process,” stated Mishra.

On the other hand, Sambalpur Collector Subham Saxena informed that the district administration has started taking appropriate steps in this regard. “The administration has taken serious steps to acquire the proposed land and it will be handed over to VIMSAR. A meeting with the Revenue Divisional Commissioner (RDC) was also earlier held in this regard,” said Saxena.