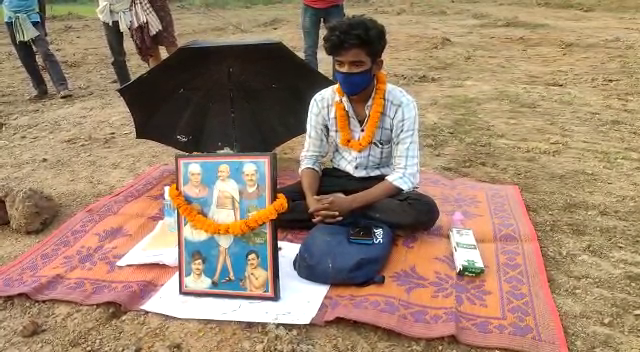 Jharsuguda: A youth has launched a hunger strike alleging MCL authorities of denying proper compensation despite acquiring more than 3 acre land belonging to him.

The youth identified as Nilamani Bhitiria, a resident of Tingisamal village under Lakahnpur block alleged even though the MCL authorities acquired more than 3 acre of his land, he is yet to get adequate compensation or job as was promised by the company earlier.

Nilamani launched the fast-unto-death strike against the company authorities and has been sitting on a dharna for the last 2 days at the site where mining activities are being carried out by the company on land that he says belongs to him.

He has alleged that despite two days into his hunger strike, the company officials are yet to redress his grievances.

MCL officials have not issued any statement regarding the allegations leveled by the youth.