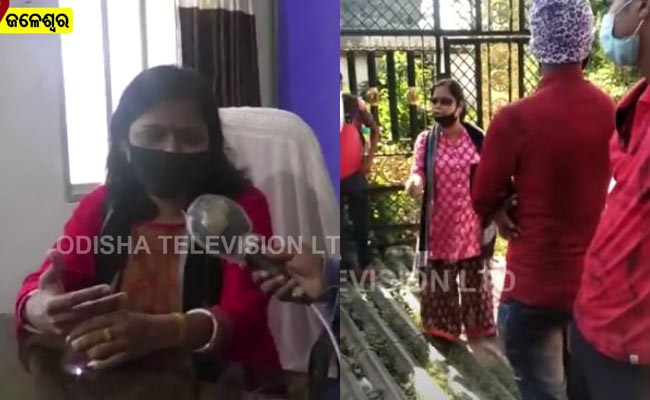 Bhubaneswar: A day after the video of Baliapal Block Development Officer (BDO) verbally abusing the migrant workers went viral on social media, the state Panchayati Raj Department on Thursday said that an enquiry has been initiated through Balasore Collector and necessary action would be taken based on his report.

Speaking to media, the department Minister Pratap Jena said, “Odisha government has ordered an enquiry into the alleged misbehaviour by Baliapal BDO towards migrant Odia workers. A detailed report in this regard has been already sought from Balasore Collector.”

“We are aware of the incident. Action will be taken based on the report. Amid this pandemic crisis, such conduct by an administrative official is unacceptable and inappropriate. But this should be considered a stray case,” said the Panchayati Raj Minister.

#MisbehaviourByBDO: Panchayati Raj dept asks Balasore Collector to probe & submit a report. Minister Pratap Jena says, "We are aware of the incident. Amid this pandemic crisis, such conduct by an administrative official is unacceptable. Action will be taken based on the report." https://t.co/gCR0Q7SLV7

In the video that has gone viral, Chhabirani Sahoo, the concerned BDO could be seen losing her cool and badmouthing the migrant workers who had returned from Surat, after they asked for drinking water.

Sahoo was allegedly caught on cam saying ‘I am an OAS officer, not a bonded labourer like you.’

Reportedly, the BDO said that as an OAS officer she can do anything so they should shut their mouths.

The migrant workers alleged that Sahoo had misbehaved with them and threatened them when they asked for water and enquired about quarantine facilities.

However, Sahoo refuted such claims of the workers and alleged that rather she was misbehaved with by migrants which made her furious. She further said that the workers created nuisance after arriving at the office and were arguing with the officials.

“Their behaviour irritated me which made me shouted at them but there was no ill-intention behind this. The workers are framing me by only showing my outburst,” she claimed.

The BDO further said, “I have already informed about the incident to the Collector and filed a complaint at the Baliapal Police Station against the returnees for misbehaving with a government official.”

In another incident, an audio clip of Angul Chhendipada BDO Sunil Kerketta purportedly speaking rudely to female migrants has gone viral. It is being said that an altercation ensued when the returnees called the BDO complaining about the place of stay.

When contacted, the concerned BDO said,” All female returnees put in quarantine went on arguing to shift them to their respective blocks. I might have said something during the altercation, why should I feel sorry?”

Audio of #Angul Chhendipada BDO purportedly speaking rudely to female migrants goes viral. "All female returnees put in quarantine argued to shift them to their respective blocks. I might have said something during altercation, why should I feel sorry?", says the BDO concerned pic.twitter.com/KR9ydHpJWI