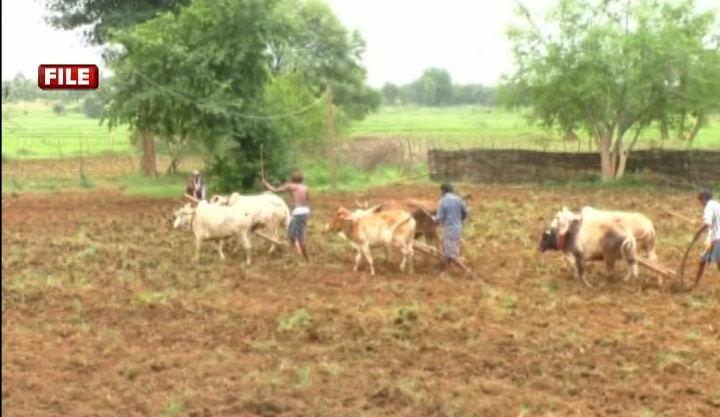 Bhubaneswar: A day after Odisha Chief Minister Naveen Patnaik inaugurated ‘Krushak Odisha’, a farmers’ database, Opposition political parties on Saturday accused the ruling-BJD of doing politics on farmers and questioned as to what forced the government to come up with such an idea after 20 years of rule.

While the BJP alleged that the ruling-BJD is doing politics in the name of farmers, the Congress has termed it vote bank politics. “The BJD has been doing drama for the last 21 years and there is no development in the State. It’s a new plan of the BJD to woo voters in the panchayat and municipality elections,” said Congress MLA Sura Routray.

State BJP general secretary, Prithviraj Harichandan said, “I think in the name of providing identity card to farmers, the government is trying to win voters. The government shouldn’t politicise it.”

Though the database is believed to help farmers get all benefits of all the schemes, it is being questioned as to what more information related to the farmers will be added in the database when the government already has details of farmers under its KALIA and Balaram Yojanas apart from a separate list of farmers for paddy procurement.

Odisha Agriculture Minister Arun Sahoo said farmers are getting a slew of benefits at regular intervals. “The new database will help government provide assistance to farmers under various schemes and programmes and the errors that sometimes occur due to incorrect bank account details provided by farmers, will not happen,” he said.

Meanwhile, farmers have said that the government should identify the actual farmers and provide identity card. “What led the Odisha government to do away with the earlier identity card of farmers? So much corruption has had never happened in the State. The government should look into the actual problems that the farmers are facing instead of announcing packages as it will not serve the purpose,” said farmer leader, Ashok Pradhan.