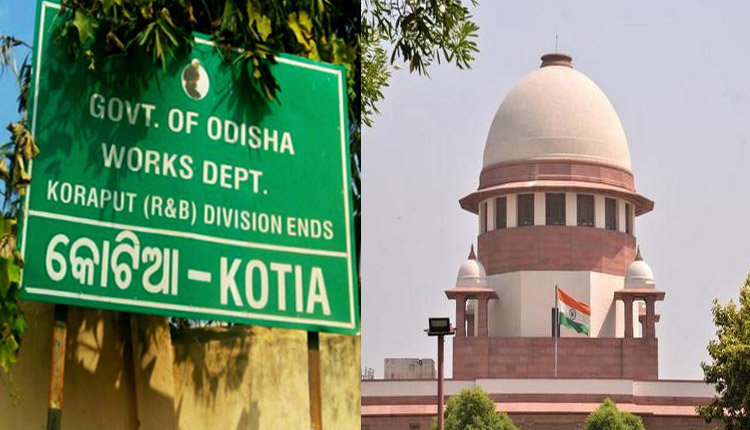 Bhubaneswar: Odisha government has directed the Koraput district administration to arrange all necessary documents related to border dispute issue pertaining to the villages of Kotia in Koraput district ahead of the Supreme Court hearing on the State’s petition seeking contempt of court proceedings against Andhra Pradesh. The case has been listed for hearing in the apex court on February 19.

In a letter to the Koraput Collector, additional secretary of Revenue Department asked him to arrange all relevant documents related to three villages of Kotia Gram Panchayat where the neighbouring State recently conducted panchayat polls violating apex court order.

The Collector has been asked to arrange documents “pertaining to Ganjaipadar (Ganjaibadra), Phatusineri (Pattuchennuru) and Phagunasinery (Paguluchinnuru) under Kotiya gram panchayat to prove beyond sustainable doubt that the State of Odisha has been continuously holding elections (Parliament Constituency, Assembly Constituency and Panchayat Elections) in these villages prior to 02.12.1968.”

Other relevant documents over the welfare activities undertaken by the Odisha government in the areas should also be arranged as per the requirement of the Advocate- on-Record (AoR) to defend the state in the court, the letter stated.

The Government has further directed the Collector to discuss the issue with the AOR through video conference on February 17.

Principal Secretary of Revenue Department, Secretary of Law Department, Koraput Additional District Magistrate (ADM) and other officials will remain present in the meeting, the letter stated.

The government of Odisha has recently filed a contempt petition in the Supreme Court over Andhra holding panchayat elections in the region within the jurisdiction of Odisha, violating an earlier order of the top court.

The Contempt petition filed through AOR Sibo Sankar Mishra alleged that Andhra Pradesh had included three above mentioned villages of Kotia in its Vizianagaram district with new names.