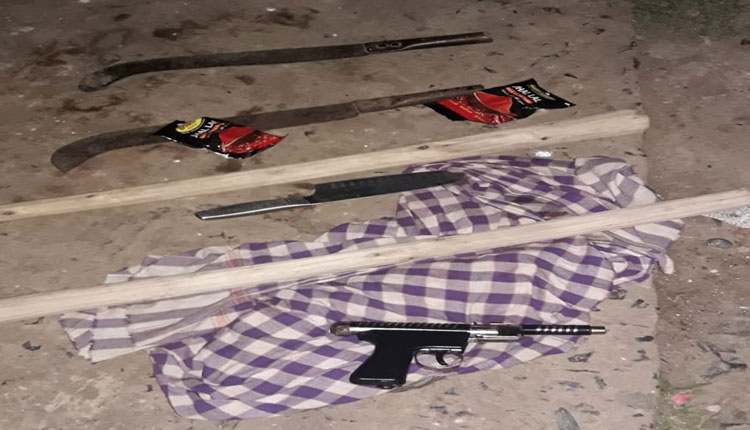 Kendrapara: A group of alert villagers foiled an alleged kidnapping of a youth by four miscreants near Nalitapatia area in Kendrapara district on late Saturday night.

As per reports, the youth from Talachua Tikayatnagar was abducted by the miscreants in a car.

On getting information, a group of locals intercepted the car near Nalitapatia chhak and rescued the youth whose hands were tied and mouth gagged.

Later, the inspector-in-charge of Talachua police station, Srikant Barik reached the spot and took all the four miscreants into custody.

As per reports, a gun, sharp weapons and chilli powder packets have been seized from the car.

The Kapil Sharma Show: Suresh Raina Reveals The Most Romantic Journey Of His Life