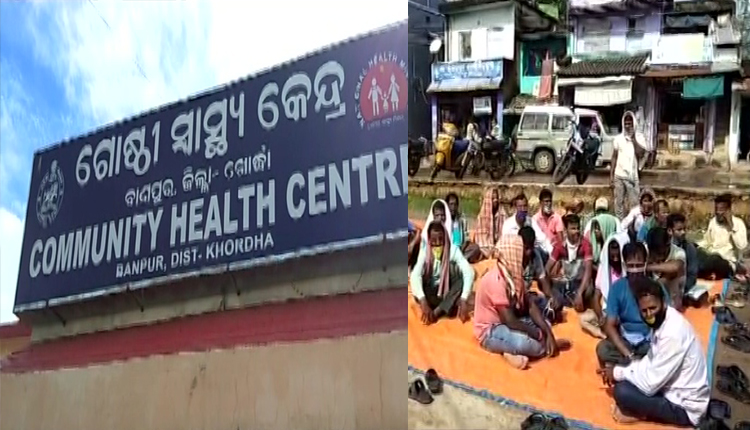 Khordha: Tension prevailed at Banapur hospital under Balugaon block here after a man, who was detained by forest officials, died while undergoing treatment on Wednesday.

The deceased has been identified as Balabhadra Behera of Bolagaon area in Nayagarh district.

According to sources, Behera was detained by forest department officials during a patrolling in Tamana forest on suspicion of wood theft.

During detention Behera’s health condition deteriorated and he was rushed to the hospital. However, he died while undergoing treatment, sources added.

Meanwhile, family members of the deceased have alleged that Behera was beaten by the forest department officials, which has resulted in his death.

Moreover, the kin of Behera and other villagers staged a dharna in front of the hospital demanding compensation.