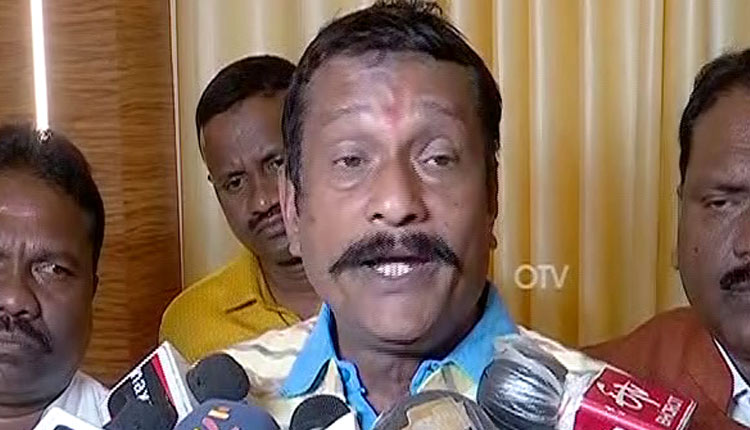 Bhubaneswar: With the BJP’s 72-hour ultimatum over alleged irregularities in paddy procurement coming to an end, the saffron party on Monday announced to hold mass agitations in front of the collector and sub-collector offices at five Parliamentary constituencies of western Odisha and Boudh district on January 29.

The decision was taken in a meeting of the party held in Sambalpur. Speaking to media persons after the meeting, BJP Krushak Morcha president Pradeep Purohit said, “We had issued an ultimatum of 72 hours for procurement of paddy from all mandis but the State government failed miserably. Paddy packets are still lying in the mandis and tokens which were lapsed were not regenerated.”

“The RDC had promised us to take measures to stop katni-chatni, but the practice is still going on at all the mandis. Therefore, the BJP has decided in the meeting to hold mass agitations in front of the collector and the sub-collector offices in western Odisha and Boudh district on January 29,” he added.

Earlier in the day, BJP State president Samir Mohanty came down heavily on the State government while addressing a presser and questioned the reason behind delay in procurement of paddy from farmers.

“Farmers in Odisha are now asking whether the government or the millers are procuring paddy in the State because no government staff are seen at the mandis. In whose pockets does the money gained through such irregularities going?” Mohanty questioned.

“Farmers are working hard to get MSP at Rs 1865 (fine paddy). After properly cleaning the paddy, they are taking the produce to mandis. However, katni-chatni is being done there. Who has passed the order for katni-chatni,” Mohanty went on to ask the government.

Similarly, Congress legislative party leader Narasingha Mishra also hit out at the State government over the alleged mismanagement in the paddy procurement.

“Instead of doing cheap politics, why you are not procuring paddy through the Food Corporation of India (FCI),” Mishra asked.

Meanwhile, after the protest by BJP and acknowledgement of flaws in the system by a farmer MP of BJD, the State Food Supplies and Consumer Welfare Minister Ranendra Pratap Swain broke his silence and claimed that 40.66 metric tons paddy have been procured in the State so far, which is 20 per cent more than the figure of last year.

“I would like to appeal those who are protesting over the issue to wait till March 31. If you have genuine problems, we will definitely sort them out,” Swain said.