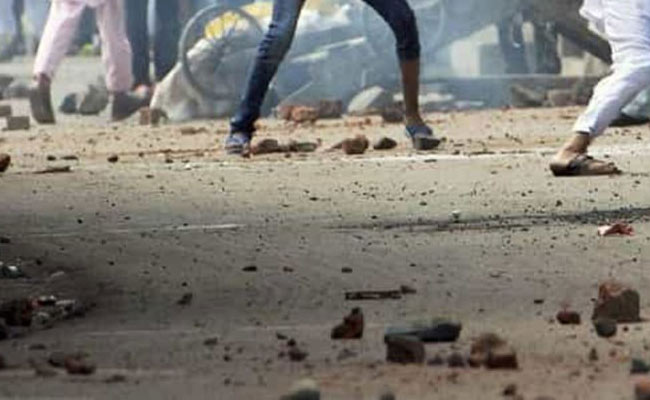 Rourkela: An irate mob pelted stones at police personnel and broke barricades around a Covid-19 containment zone in this steel city on Monday, causing injuries to around four and triggering tension in the area, police said.

The incident happened when a group of residents of Nala Road, which has been declared a containment zone following the detection of Covid cases from the locality, pelted stones at policemen deployed in the area without any provocation, a police official said.

While the stone-pelting continued for some time, a few residents ransacked the barricades erected at the containment zone and broke a portion, he said, adding four to five police personnel sustained injuries in the attack.

Senior police officials rushed to the spot and additional force was deployed in the area to control the situation. The mob was dispersed and steps were being taken to ensure there is no flare-up, he said.

The exact reason behind the attack is yet to be ascertained. Some residents were stated to be skeptical about Covid tests conducted in the area and incident took place after a 29-year-old woman of the locality was detected with the disease, taking the number of cases in Sundergarh district to 11.

Nala Road area has over 4000 households and to assist the local healthcare personnel, additional doctors have been brought from Sambalpur.

The situation in the area is tense but under control. Additional force has been deployed to prevent any fresh incident in the area, a police official said.

Another containment zone in Sundergarh is Asiana area of Bisra, which was sealed on April 12.