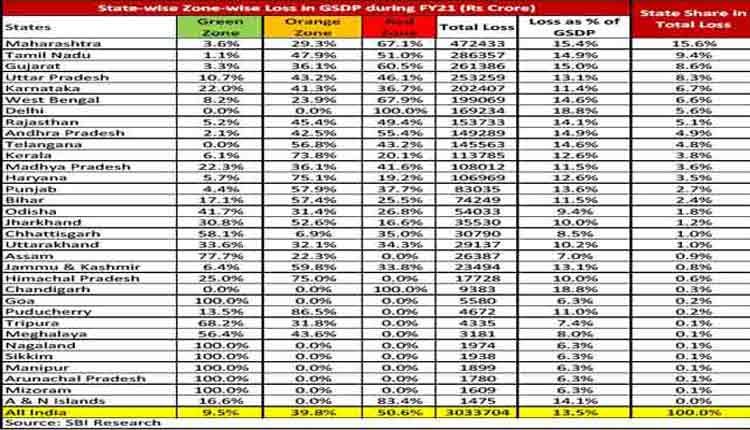 Bhubaneswar: Like the ‘Great Recession’, also referred as 2008 recession, that saw the GDP growth falling like nine pins world over, including India, this time the big contagious virus, also known as COVID pandemic, it appears, will make the world economy fall like dominos this time.

The quarterly estimates of GDP for the Fiscal Year (FY) 2019- 20 released yesterday had only lifted off the curtains over the looming economic depression on the country.

The GDP growth rate of 4.2 per cent in the Fiscal Year (FY) 2019-20 is the second slowest after the growth rate of 3.1 per cent recorded in FY09, which was induced by the ‘Great Recession’. With the nominal growth rate of GDP contracting in a significant way, even as lockdown was announced on March 25, the ominous blips for the economy seem obvious now.

What are the Ominous Blips?

“We believe with COVID peak likely in the last week of June, there is a large likelihood of a even larger loss that we have factored in. It seems that the COVID event could now wipe out one quarter of the GDP (FY20 real GDP was Rs 147 lakh crores, implying one quarter GDP loss at Rs 37 lakh crores/ 25% of real GDP) with lockdown extension into June, ” says Soumya Kanti Ghosh, Chief Economic Adviser, SBI group. 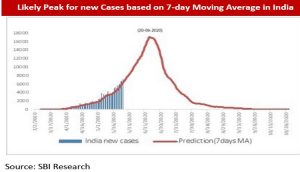 The staggering loss value to the GDP has been arrived at by adopting the bottom up approach to estimate the output loss in each state. The loss value for each State is estimated post taking into account the Red, Orange and Green zones -based level of activity and then cumulatively added on to calculate the overall GDP loss, he explained.

Devil Lies In The Details?

Post calculating the district-wise, zone-wise loss in GSDP for each state, SBI research has estimated that the total loss to the states, due to COVID-19, stands at a massive Rs 30.3 lakh crore, which is 13.5 per cent of the total GSDP of states.

The loss is seen maximum (around 50 per cent) in red zones. It is where almost all the big districts are located. According to the SBI research, the combined loss of orange and red zones account for 90 per cent of the total loss value estimated.

“Loss in the Green zone is the least as nearly four-fifth population in this zone is located in rural areas. where there is no embargo on any economic activities,” the research paper observed.

A state-wise analysis done by SBI indicates that top 10 states accounted for 75 per cent of total GDP loss with Maharashtra contributing 15.6 per cent of total loss followed by Tamil Nadu (9.4%) and Gujarat (8.6%). These three states also have the largest number of confirmed COVID-19 cases in India.

The loss for Maharashtra is pegged at a colossal Rs 4.72 lakh crore or around 15.4 per cent of the GDP. Maharashtra has the highest number (67%) of red zones in the country. (See the main image above)

How Taxing is COVID?

The SBI research puts the total loss of net indirect taxes for the Centre at a whopping Rs 10.5 lakh crore. If the prediction turns true, then the impact has the potential to derail the budgetary provisions. It will also cast a shadow on capital expenditure programmes aimed at to kickstart the ailing economy.

With the Centre having given many relaxations, and have also announced a whopping Rs 20 lakh crore Atmanirbhar Bharat package, it remains to be seen how faster the economic activities pick up. Because, a negative GDP growth means manifestation of the dreadful word RECESSION.