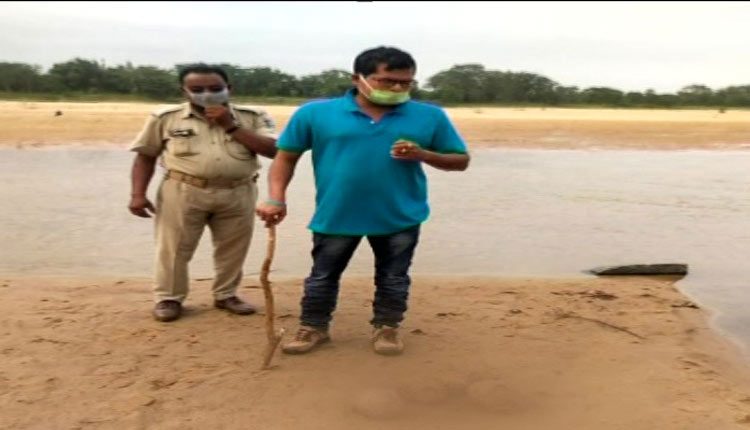 Jagatsinghpur: Close on the heels of an alleged incident of human sacrifice in Cuttack district, police on Friday recovered four human skulls near the banks of a river in Jagatsinghpur district.

The recovery of human skulls triggered panic in Krushnanandapur Nuagaon area under Tirtol police limits. Police suspect that it could be a case of ‘sorcery practice’ as some flowers and earthen pot were recovered at a distance from the spot.

A police team today visited the Paika river bank after getting information about the presence of human skulls.

Tirtol SDPO, Dipak Ranjan Jena informed that the local police officer visited the spot today and from preliminary investigation it is suspected that it could be a case related to black magic. However, further investigation in this connection is underway.

“Though no written complaint has been filed, we have detained one person and further investigation in connection with the incident is on,” said Jena.

A priest of Brahmani Dei Temple in Bandhahuda area under Narasinghpur Police Station in Cuttack district surrendered after allegedly killing one Saroj Pradhan inside the temple complex on Wednesday night.

The accused priest, Sansari Ojha claimed that “He had a vision of a goddess in his dream and was asked to sacrifice a human life to eradicate coronavirus. He says he was possessed by the Goddess and eventually he had to hack Pradhan to death.”