Hostile weather till Feb 11, pleasant weather in Odisha from Feb 14

Forecasts show Odisha will have a pleasant weather from February 14. The minimum temperature will show a rise after February 14 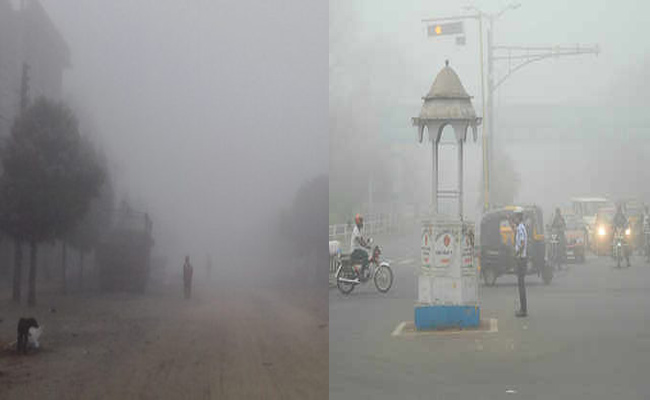 Bhubaneswar: Odisha will remain in the grip of hostile weather for the next 72 hours. Though rains will subside from Monday, fog and chill will engulf the State till Tuesday.

The weather prediction by US-based Climate Prediction Centre makes a forecast  that cold winds from north west India will sweep Odisha till Tuesday. And the wind velocity will hover between 24 – 27 m/s. But the velocity will be higher at around 30 m/s in north interior districts like Dhenkanal, Sambalpur, Jharsuguda and Sundergarh.

As per IMD forecast, chilly and foggy conditions will prevail in the State till Tuesday morning. Dense fog warning on February 10 and 11 given for nine districts. While districts like Sundergarh, Sonepur, Bolangir, Kalahandi, Kandhamal, Angul, Dhenkanal, Bhadrak and Cuttack will witness dense fog on Monday, dense fog will grip the districts like Bolangir, Kalahandi, Kandhamal, Rayagada and Koraput on Tuesday, said an IMD release.

Similarly, cold wave conditions will grip the districts like Angul, Sonepur, Keonjhar, Mayurbhanj and Balasore on February 9 and the wave will engulf Sundergarh by Tuesday.

Love Is In Air: Stories Of Two Couples Who Surpassed Geographical & Ideological Barriers To Unite