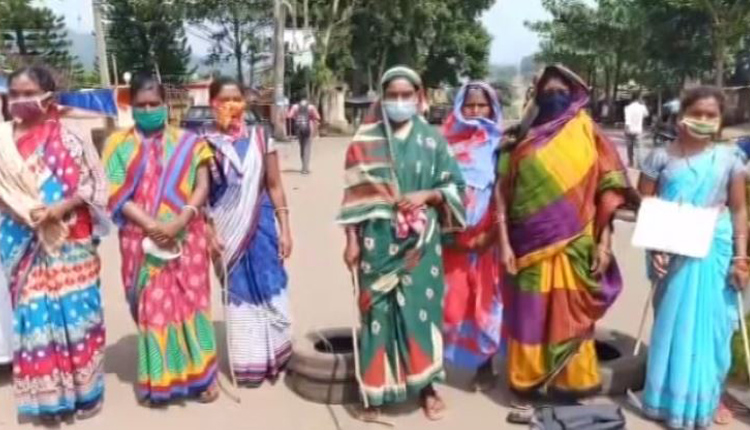 Kandhamal: Vehicular movement on National Highway 59 disrupted on Sunday after people in large numbers blocked the road demanding the arrest of a home guard working in Daringbadi police station.

According to sources, the home guard identified as Ratnakara Nayak allegedly thrashed one Prakash Pradhan of Burjubadi area on September 22 for no reason.

Irate over the incident, the villagers had on Saturday staged a protest alleging police inaction even after six days of the event. However, they withdrew the strike after getting assurance from the Inspector In-Charge.

However, the villagers on Sunday once again resorted to protest as no arrests were made in connection with the incident.

“We will continue our protest till the home guard is not arrested,” said Jaya Padra, a local.

Rakesh, The Jumbo Which Trampled Many To Death, Released From Enclosure