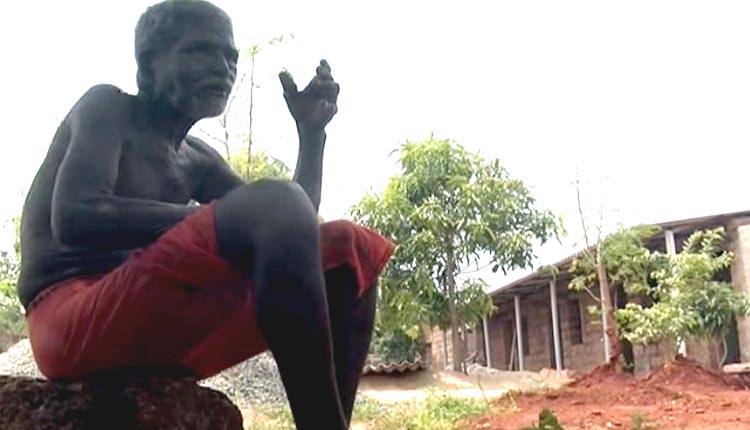 Bhubaneswar: Life is uncertain. Going by the quote, a teacher once, who scripted future of many students and helped them establish themselves in the society, is now a beggar.

In the evening of life, Prafulla Kumar Mishra, a former teacher of Balakati High School in Khurda, is now begging on the highway for his survival. With eyesight and hearing diminishing, Mishra sits on the highway and waits for the donations from passers-by for survival.

Mishra used to teach English and Odia at Balakati High School under Balianta block following appointment by the school managing committee in 1980.

However in 1990, when the government took over the school, the school committee reportedly asked him to pay Rs 1.5 lakh donation. After failing to provide such a huge amount, he was kicked out of the educational institute, reports said.

“Many of my students are well established now. Some are doctors, engineers and collectors. Without basic amenities and a roof over my head, I am leading a very miserable life,” Mishra said in a choked voice with tears rolling down his cheeks.

After losing his job, Mishra started taking private tuition classes for his survival.  But the situation worsened, when he started losing his eyesight. With no other options left, Mishara started begging on National Highway-16 close to Khurda’s collector’s office.

Once one of his students, who was a collector then, provided him Rs 10,000 assistance from Red Cross fund.

Unable to bear his suffering, locals have demanded the administration to provide a house to the helpless teacher.

“He has been begging on the highway from a long time. As far as we know he is a graduate. If the government can include him in any of the schemes, then the teacher can live peacefully in the dusk of his life,” said Narayan Chandra Mohanty, a local resident.

Once A Teacher In Foreign Country, Elderly Woman Now Begs For Survival In Puri

IPL 13: MI Players To Undergo 5 Rounds Of COVID-19 Tests Before Heading To UAE