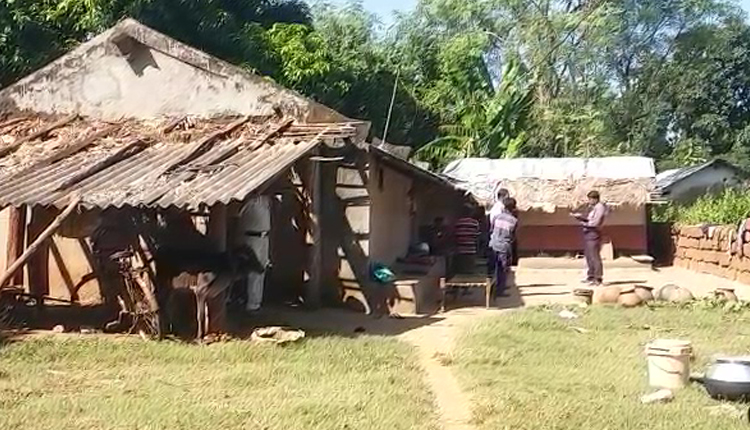 Dhenkanal: In an incident which has crossed all limits of insanity, a four-year-old girl was allegedly raped and murdered in Kharakhari village under Kankadahada police limits of the district.

Sources said, body of a girl child was spotted lying in the Maramburu nullah near the daily market of the village today morning. The locals immediately informed police about the body following which a team of cops from Kankadahada PS reached the spot and initiated a probe.

As per reports, Bikram Soren’s four-year-old girl, Ushasi did not return home from the playground on Thursday evening prompting her parents to lodge a missing complaint. Even after a frantic search, the parents failed to locate her.

After receiving information, SDPO of Kamakhyanagar, Suprasanna Mallik and the Inspector-in-charge of Kankadahada police station reached the spot and began canvassing the area.

Bangi Hansda, a crestfallen grandmother of Ushasi demanded nothing less than capital punishment for the culprits. “We initially thought that Ushasi might be playing somewhere and will return after some time, but she never did. We searched everywhere all night but failed to trace her. I doubt she has been raped and so I demand that the rapists to be hanged till death,” she said.

Speaking about the rape allegations, SDPO Mallik said, “The parents have alleged rape and murder of the girl, but we cannot confirm that. We will have to wait for the autopsy report for the same.”