Heights Of PMAY Corruption: Sarpanch In Odisha Arrested For Seeking Sexual Favours From Girl In Lieu Of House 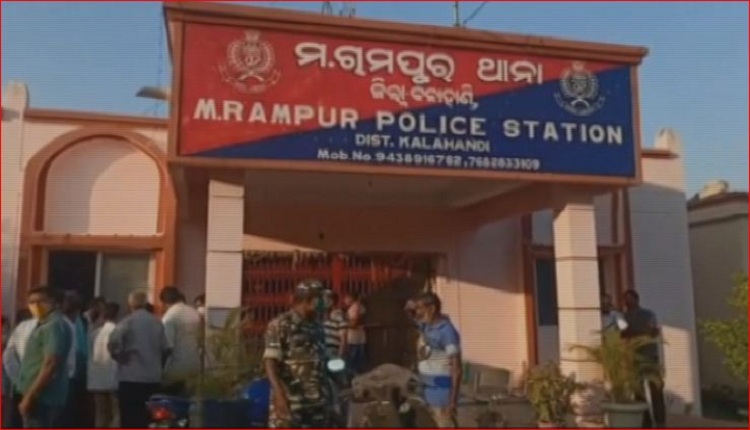 Kalahandi: A sarpanch in Odisha was arrested on Thursday on the charges of misbehaving and seeking sexual favours from a girl on the pretext of helping her to get a house under the welfare schemes of the government.

The accused has been identified as Ramesh Sahu, the Sarpanch of Salepali village under M. Rampur block in Kahalandi district.

Sahu was arrested after the victim lodged a formal police complaint in connection with the repeated harassment meted out to her.

The girl alleged that she had approached the Sarpanch for a house under the Pradhan Mantri Awas Yojana (PMAY). However, Sahu was constantly harassing her by making amorous advances over telephone after she shared her mobile number with him.

As per the complainant, the accused Sarpanch was also forcing her to keep sexual relationship with him and had also barged into her house recently after finding her alone.

Moreover, he also took a dig at BJD, the ruling political party and questioned whether it was the new form of percentage commission (PC) under its regime in the State?

“A Sarpanch misbehaved with a woman on the pretext of providing a house under PMAY inside his office. We urge the government not to shield such person,” said Naik.

This is not the sole instance where the beneficiaries are running from pillar to post to ripe the benefits of several government schemes.

Serious allegations of corruption in the allotment of Pradhan Mantri Awas Yojana (PMAY) have also come to limelight in Odisha. It is alleged that funds under the scheme have been usurped in the name of dead persons in different parts of the State.

There are instances where actual homeless beneficiaries have failed to avail houses but allotments have been made in the favour of those who already own houses.

The extent of corruption can be easily accessed from the case of Manju Nayak of Boudh district. The funds under PMAY for the construction of house in the name of Manju’s father were allegedly embezzled without the knowledge of the family.

Notably, Manju’s father Kartik Nayak died on October 29, 2019. Under the housing scheme, Rs 20,000 was deposited on November 3 last year and Rs 70,000 in two instalments in July this year but the money was subsequently withdrawn.

Surprisingly, neither a house was constructed nor Manju’s family knew about the fraud. After the incident, the family has now approached the concerned BDO on how the money was withdrawn in the name of a dead beneficiary.

“The house was allotted in the  name of my father. But now we came to know that the money for the construction of the house has been embezzled,” alleged Manju.

The case of Draupadi Nayak is also not different. After several hiccups, her name was included in the PMAY beneficiary list.

Though Draupadi received money in one instalment, she has not received the balance money for the construction of the house.

Despite moving from pillar to post, no official has come forward to  help the elderly woman who is now forced to spend lives in a makeshift thatched house.

“I don’t know what happened to my house which was allotted,” alleged Draupadi.

Boudh Collector, Lalitendu Mishra said, “I have received written complaints. I have asked PD DRDA to conduct an inquiry and  submit a report.”

MV Act: Driving Without Helmet Will Now Lead To DL Suspension In Odisha