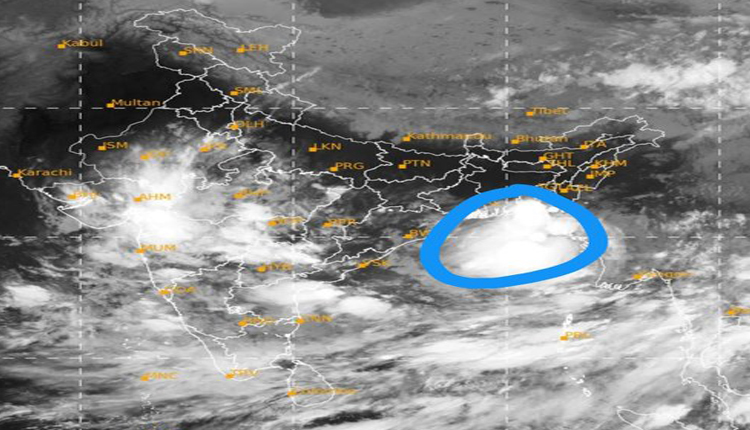 Bhubaneswar: Heavy rainfall under the influence of a low pressure over the Bay of Bengal is most likely to occur in some districts of Odisha in next 24 hours. The rain may continue for three days, informed the Regional Meteorological Centre, Bhubaneswar.

North and South Odisha may witness heavy rain today. However, it may rain heavily in most part of the State in the next two days, the MeT predicted.

“Heavy to heavy rain fall may occur in seven districts of the State- Mayurbhanj, Balasore, Jajpur, Bhadrak, Kendrapara, Malkangiri and Koraput. Therefore, Orange Warning has been issued to these districts,” stated Director of the Regional Meteorological Centre, HR Biswas.