Odisha is in for hotter and thirsty days ahead. While max temperature will cross 40 deg C  in March, no rainfall since January this year had an impact on soil moisture and groundwater level. Drinking water crisis imminent, say experts 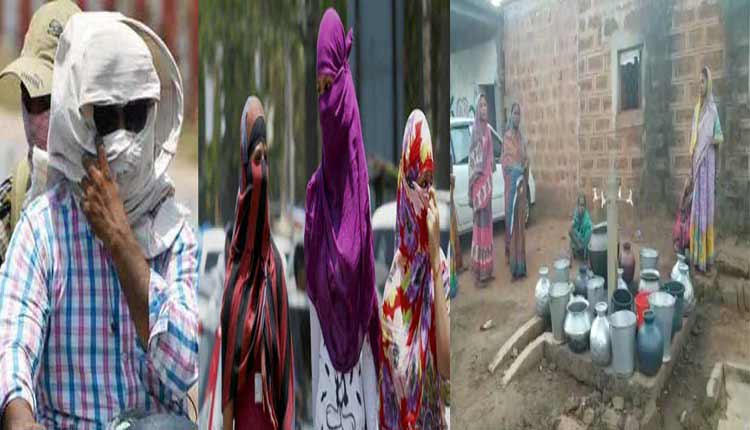 Bhubaneswar: With February being on its last legs, it seems Odisha is in for a hotter March. The mercury is set to shoot over the 40 degrees Celsius mark in the third week of March.

IS ODISHA IN FOR HOTTER CLIMES?

Heatwave will strike Odisha in the third week of March when the day time maximum temperature is predicted to cross the psychological temperature barrier of 40 degree Celsius.

However, in the third week of the coming month ( from March 19), the mercury in the State will show an abnormal rise, and by March 25, the maximum day-time temperature will hover in between 42-43 degree C, reveals the IMD forecast.

The whole of the State will record a maximum day-time temperature of around 36 deg C in the first week of March, and the same will rise to around 38 degrees C in the following week.

But the maximum temperature is predicted to cross 40 degrees C in the entire western belt of the State after March 20, the model prediction suggests.

The districts that are predicted to sizzle at over 40 degrees C are parts of Keonjhar and Kalahandi, the whole of Sundergarh, Deogarh, Angul, Boudh, Bargarh, Bolangir, Sonepur, Sambalpur and Nuapada.

In the rest of the districts, including Bhubaneswar and Cuttack, the maximum temperature is projected to remain at around 38-39 deg C, as per the model prediction.

As per weather experts, though the day time maximum temperature will hover at around 36 degree C in the first week of March, but due to the high level of relative humidity, the common man on the street will experience hotter and muggy days during the week.

The torrid time for the common man will start from March 19, when the mercury will start shooting up, the winds will also turn lighter, and relative humidity will rise to over 50 per cent. As a consequence, if IMD’s multi model ensemble prediction turns true, then Odisha will witness very hot and sultry days during the third week of March.

NO RAINS IN MARCH

Odisha will be going to witness a thirsty summer this year. As per IMD’s forecast, the State will not witness any rainfall during the month of March, like that of January and February.

IMD has categorized Odisha as a largely deficient rainfall state in the country. It estimated the deficient level at a whopping 85 per cent. Data shows Odisha normally receives over 27 mm rainfall during the period of Jan-Feb, but the State could receive a scanty 4mm rainfall this year till date.

THE CONSEQUENCE: Largely deficient rainfall has an impact on soil moisture. The estimates show the volumetric soil moisture in Odisha has sunk to a negative zone.

“While fall in soil moisture will have a harmful impact on the upcoming Rabi crops, the groundwater level will post a sharp fall, whereby, many groundwater drinking sources like tube wells will go dry by March last and April first week. All this could lead to a drinking water crisis in the Summer,” explained former OUAT Vice-Chancellor DP Ray.