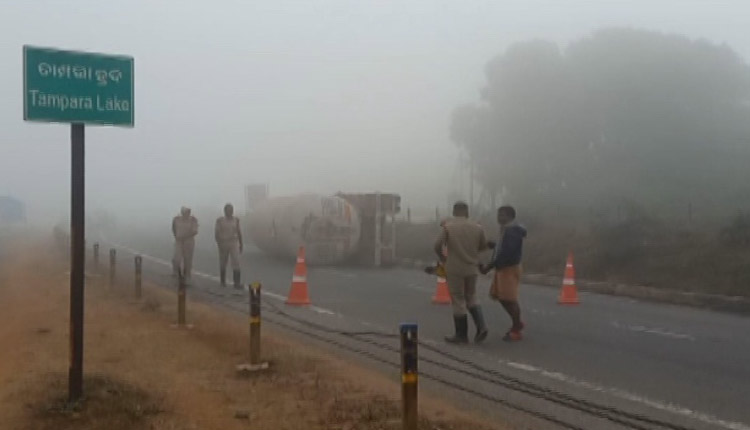 Berhampur: A gas tanker carrying LPG overturned on NH-16 near Tampara in Chhatrapur area of Ganjam district today resulting in disruption of vehicular movement on the national highway.

As per reports, the driver of the vehicle lost control due to low visibility caused by dense fog in the region. The driver has reportedly sustained minor injuries in the accident.

Police have sealed the NH from both sides of the road. “As a precautionary measure, vehicular movement from both the ends have been stopped for the time being,” said an official.

“An emergency response team from Visakhapatnam is on the way and it will reach within two hours. Besides, a safety maintenance team from Khordha will also reach here within 30 minutes. There’s a leakage in the tanker, hence, another tanker is also on the way to empty the tanker,” informed another official.

Meanwhile, police and fire services personnel were on the spot and efforts were on to avoid any untoward incident.