Gadkari Assures To Expedite Approval For Sidhamahavir Flyover In Puri 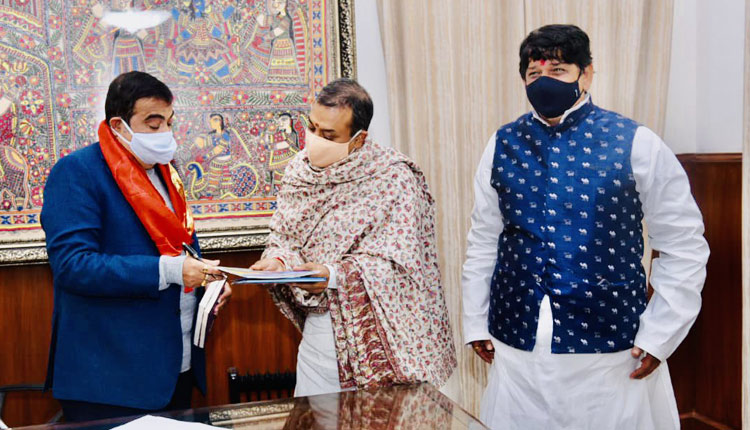 Bhubaneswar: Union Minister for Road Transport and Highways Nitin Gadkari on Wednesday assured to expedite approvals for the long-demanded Sidhamahavir flyover in Puri.

The announcement from the Union minister came after BJP national spokesperson Sambit Patra and Puri MLA Jayant Sarangi met him yesterday and discussed the construction work of the flyover on Puri-Konark highway.

Today I met the Honourable Union Minister for Road Transport & Highways Sh @nitin_gadkari ji along with MLA of Puri Shri Jayant Sarangi ji and discussed with him “Sidhamahavir Flyover” construction in Puri.
Honourable Minister promised us to expedite the sanction for the project pic.twitter.com/kXda49gIdj

The locals have been demanding the construction of a flyover on the level crossing near Sidhamahavir rail gate of the Puri-Konark National Highway as they have to wait for hours due to long jams of hundreds of people along with buses, taxies and commercial vehicles on both sides of the level crossing during the train hours.

Notably, the level crossing is on the main road which connects Puri to Konark, Nimapara, Gop and Kakatpur area and it is the second biggest connecting route to the Twin Cities of Cuttack and Bhubaneswar, and other parts of State.