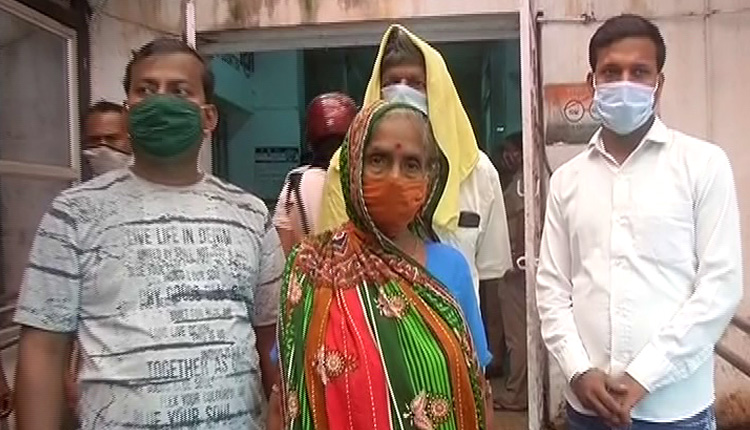 Bhubaneswar: Ever since a massive explosion ripped through a petrol pump near Raj Bhawan area in Bhubaneswar, Simanchal Parida – a worker engaged in LPG maintenance work, has been missing. Even after frantic searches at several hospitals went in vain, his family members had some hope that he had survived the blast. However, when some reports on the recovery of human body parts from the mishap site surfaced, Simanchal’s family conducted a ‘symbolic funeral’ back in his native Guhanga village under Aska block of Ganjam district, presuming him to be dead in the explosion.

While an investigation is underway, Simanchal’s family today reached Capital Hospital in Bhubaneswar after both his mother and father were called for a DNA test.

As per reports, their samples will be matched with that of remains of the body parts which were earlier recovered from the blast site.

It is often said that life doesn’t stop even after a loved one departs, but Simanchal being the sole breadwinner for his family has left a void. Tired of getting pushed from pillar to post, his parents have now urged the government to declare him dead citing that there is no hope left.

“If they are claiming that our son is missing, why have they failed to bring him to us; if he is no more, hand over his death certificate to us. He was the sole breadwinner of our family, it is very difficult for us to make our ends meet now,” said Simanchal’s mother.

“We have lost everything. The government should declare him dead now. I request them to help us in this situation,” his father broke down while expressing this.

“It’s been over nine days that he has gone missing. Once we know what the DNA test reports suggest, and get the bones (ashthiyan) we will conduct 10th-day rituals. We have accepted that my brother is no more because he was present at the spot where the blast occurred. We just want a confirmation. I urge the government to provide employment to one member of his family,” said his brother-in-law.

“We want a thorough probe to ascertain what actually led to the blast. We have every right to know who was at fault and how our brother succumbed. Action should be taken against whosoever is found responsible,” he has demanded.

Simanchal’s family had conducted a symbolic funeral on October 10.