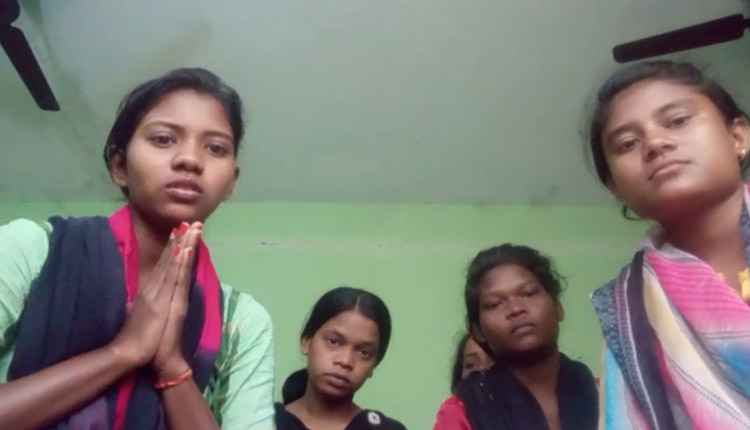 Balasore: After relaxations in COVID-19 induced lockdown restrictions in the country, a group of girls from Odisha who went to Andhra Pradesh to work in a spinning mill have been allegedly subjected to torture and put under house arrest by middleman.

The girls working at Digital Cotton Mill in Kadapa were reportedly beaten whenever they wanted to leave the factory for home. Moreover, the girls have also alleged that they have been never paid for their work.

Braving Covid crisis, Anita Jena, one of the girls from Sadanandpur village under Amarda Road police limits in Balasore had to leave her studies midway to work in Andhra Pradesh after her father was left paralysed following a road accident.

“I did not know that I would be foced to do menial jobs here. When I resisted and wanted to leave work, the middleman, Chittaranjan Nayak from Chandikhol, who had brought me here, stole my clothes and put me under house arrest,” Anita narrated before OTV through telephone.

“We are beaten up by goons for raising our voices against the harassment that we are being subjected to. A girl in my room has been mercilessly thrashed after she complained of poor quality food and the nature of work,” she said.

Requesting to bring back her daughter safely, Anita Jena’s mother Laxmipriya said, “My daughter is being tortured there in Andhra Pradesh. Her mobile phone was snatched away by Chittaranjan after she made a video about her plight and forwarded it to her uncle.”

“There are eight other girls as well who are also undergoing harassment and are being made to do tedious jobs at the spinning mill. I have filed a complaint at Amarda Road Police Station but the authorities are yet to take any action in this connection,” alleged Laxmipriya.

Notably, a video was recorded by Anita and three other girls 15 days back in which they opened up on their ordeal and requested the authorities to rescue them.

No comments from the police could be obtained in this regard.

From Varun Dhawan to Varuna: Sara Ali Khan Is At Her Rhyming Best As She Shares Transformation of her Coolie No. 1 Co-star

Centre Formally Recognises Yogasana As Competitive Sport, To Be Introduced In Khelo India