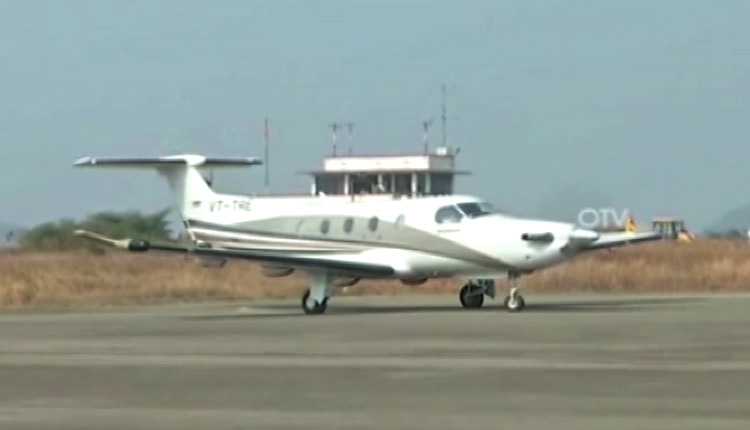 Jeypore/Rourkela: Even though Odisha government is maintaining as many as 20 airstrips for regional air connectivity purposes, operation of flight services is yet to materialise in all the airstrips except Bhubaneswar and Jharsuguda.

Thanks to official apathy, two such airstrips – Jeypore and Rourkela have remained non-functional despite a well prepared runway, air traffic control (ATC) and terminal buildings.

The Koraput district administration has written to the DGCA (Directorate General of Civil Aviation) for operation of passenger flights from the Jeypore. But, it is yet to receive a go-ahead form DGCA authorities. Reason, inordinate delay in the construction of base for ATR-72, the DPR of which has already been prepared. The Road and Building Division of Jeypore, which has been entrusted with the task of construction is waiting for agreement.

“We had floated tender after Government approved for the ATR-72 category. Now, the matter is on agreement stage. We will take the work forward once the agreement is over,” said executive engineer, Jeypore Roads and Building division.

On the other hand, the Rourkela airstrip, which is under the Steel Authority of India Ltd (SAIL) is also passing through a similar state of affairs.

“There are some small loopholes in terms of construction. The authorities of Rourkela Steel Plant (RSP) and Airport Authority of India should finish the work first. Some planes are allowed to start operation. More flights can begin operation after updating licences”, Rourkela ADM Aboli Sunil Naravane said.

Local residents, however, have pinned hopes on the RSP and SAIL for early operation of the airport.

“The Airports Authority of India has sought some extra lands for operation of Rourkela airport. The RSP has agreed to provide the land and SAIL also want the airport to start operation at the earliest”, said Bimal Bisi, a resident of Rourkela.

Experts opine in favour of the more operation of flights under regional connectivity scheme as the air connectivity plays a significant role in boosting economy of State as well as Centre .

“Small aircrafts can smoothly land at Jeypore and Rourkela airstrip. As the air connectivity has key role in State economy, the airports should get operational as early as possible”, said Captain Rajnarayan Mohapatra, a pilot.

Sources said, Odisha has 20 airstrips besides Bhubaneswar international airport. As many as 12 such airstrips including Barbil, Birasala, Hirakud, Raisuana, Tusra, Utkela, Gudari, Satibhatta, Gotma, Rairangpur, Rangeilunda and Jeypore are coming under the direct control of State government while eight others are maintained by private parties.