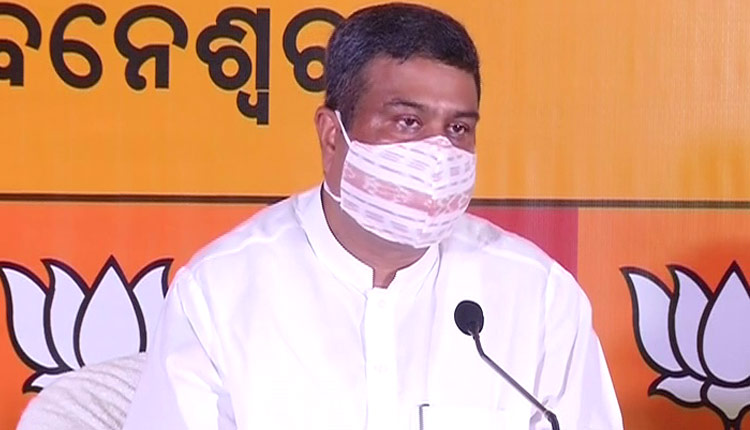 Bhubaneswar: Amidst the protest from the opposition and a section of farmer’s organisations across the State and the country, Union Minister Dharmendra Pradhan on Saturday reiterated that farm bills are the need of the 21st century and the minimum support price (MSP) based procurement of agriculture crops from farmers will continue like before.

While addressing a presser, Pradhan said that the farm bills will benefit farmers and give them the freedom to market their produce. The bills will also help them increase their production along with enhancing the production-storage-marketing system, he said.

“Contract farming will increase the yields of farmers. As an alternative to the Agriculture Produce Marketing Committee (APMC) networks, an accessible and competitive trading system has begun,” said Pradhan adding that the Centre has already begun expenditure of Rs 1 lakh crore towards the Agricultural Marketing Infrastructure.

Speaking on the MSP claims of Pradhan, the ruling-BJD MLA Pratap Deb said, “Had the Government of India made MSP commitment in the bills, there wouldn’t have such protest mindset among people. No doubt the government is giving MSP now, but how long it will continue is a big concern.”

Though the government is claiming that the new bills will eliminate middlemen, contractual farming will give birth to big and corporate middlemen – it means there will be no elimination of the role of middlemen in the entire process, Deb added.

“If the Centre is saying that the MSP and mandis will continue, why it is not clearly mentioning that no one can buy farmers’ produce at a price below the fixed MSP. The government should make buying of agricultural products below the MSP a punishable offence,” said Odisha Congress chief Niranjan Patnaik.