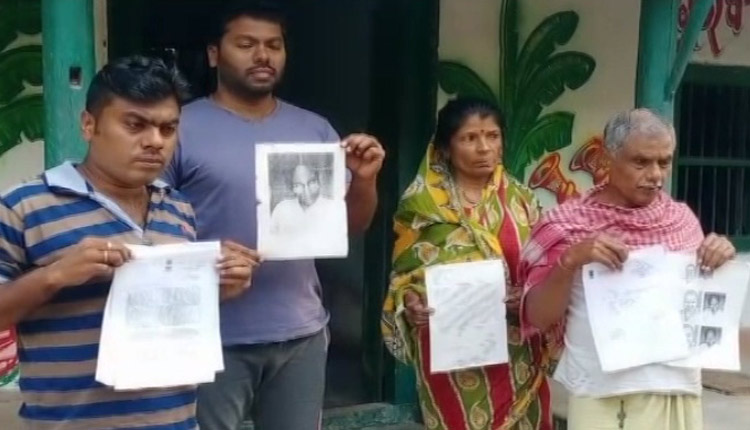 Bhadrak: The return of 50-year-old Birju Kullu to his native land in Odisha’s Sundargarh after serving two decades in a Pakistan jail has brought a ray of hope for the family of another Odia soldier from the State, who, they allege, has been languishing in a prison of the neighbouring country for the last 55 years.

Anand Patri of Bhadrak district was a sepoy in the Bengal Defence Regiment and had gone missing during the Indo-Pakistan war of 1965 while on duty. Since then his family members, who are staying in Kalyani area of Dhamnagar block, are waiting for his return.

Anand’s son Bidyadhar identified him from the photograph and contacted the Home Department. On May 29, 2003, the family got a letter that Patri will be released from Pakistan.

An elated Vidyadhar had also gone to Wagah border to welcome his father but his all hopes were dashed. A group of Indians lodged in prison in Pakistan had reached the border. However, to the utter disappointment of Bidyadhar, his father was not among them.

“In 2003, the Home Department had issued an advertisement about Anand Patri who was suffering in Pakistan jail and requested his acquaintances to contact it. After my father approached the Home Department, arrangements were made for his release. But, my father returned empty-handed from Wagah border as my grandfather was not freed,” Bihuti Bhusan Patri, grandson of Anand, said.

“We approached from Delhi army headquarters to Lahore jail and did whatever we can to bring back my father. On May 29, 2003, the Pakistani authorities were supposed to release him, but they did not. They freed 140 prisoners, but took my father back who was an army prisoner. But the most saddening part was that the government also did not inform anything thereafter,” rued Bidyadhar.

“I had drawn the attention of our Chief Minister through a letter, but that yielded no result. We even approached the then defence minister Pranab Mukherjee, but he too failed to bring my father back despite several efforts,” Bidyadhar added.

Hiramani Patri, wife of Bidyadhar is also anxious to meet her father-in-law. “I have never seen him but I wish that if the government intervenes, I can at least take his care in the dusk of his life. We urge the government to bring him back to his native land,” she said.