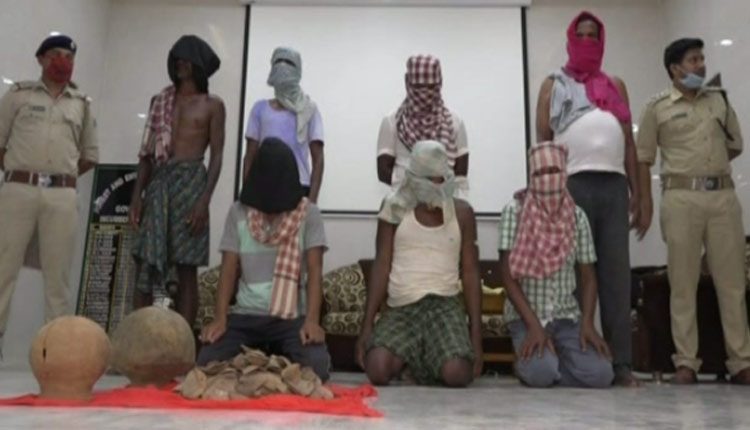 Sambalpur: A day after a pangolin was recovered from a quarantine centre in Odisha, the forest department on Tuesday arrested seven persons including a former sarpanch and a businessman on charges of smuggling pangolin scales in Sambalpur district. All the arrested are the residents of Naktideul block in the district.

“We received inputs regarding the involvement of some persons Naktideul in the smuggling of the mammal and its body parts couple of months back and were investigating the matter. After gathering ample evidences, we arrested the seven persons including a former sarpanch. We also suspect the involvement of some political figures in the racket,” informed Rairakhol Divisional Forest Officer (DFO), Sangram Keshari Behera.

“The gang used to hunt pangolin from several forests in the State and was using code words for the illegal trade. We suspect that it had a connection with the smuggling racket gang of Athagarh that was exposed a few months ago,” he said.

Earlier on May 21, Athagarh forest officials busted an inter-state pangolin smuggling racket and rescued a live pangolin from Choudwar area in Cuttack. The forest department had also arrested two persons in connection with the incident.

The swab samples of the pangolin which rescued from a quarantine centre at Mahulia UGME School under Badamba forest range in Cuttack district, was collected by veterinary doctors for COVID-19 test.

Reports said, the swab samples of the scaly anteater have been sent to The Centre for Wildlife Health (CWH) at OUAT in Bhubaneswar for the novel-Coronavirus testing. The test report of the pangolin will be received within five days.

Pangolin is one of the most trafficked species of animals in the world. Sources say, the endangered animal is smuggled from Odisha across States and international borders in huge numbers.