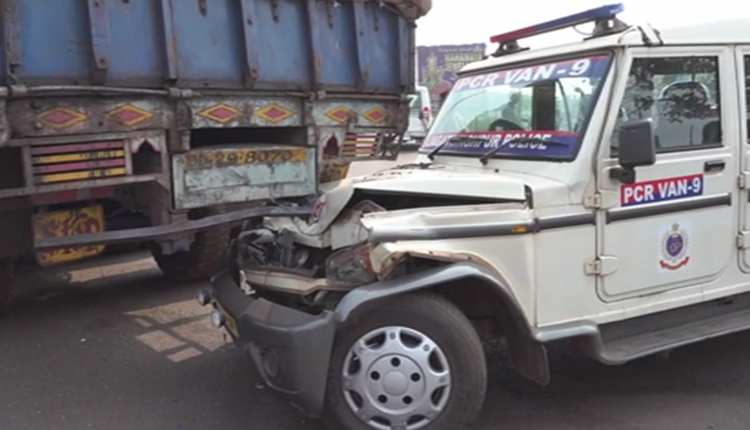 Paradip: Driver of a Police Control Room (PCR) van had a close shave after an enraged trucker rammed the police van from behind at Do-Chakki area in the port town of Paradip.

As per reports, a coal-laden truck, which was crossing Do-Chakki on Tuesday, was stopped by a police patrolling team for document verification.

However, the truck driver tried to run over the PCR van by reversing the vehicle. The front part of the PCR van got damaged in the incident. Besides, a motor-bike that came between the truck and the police van got totaled as well but the biker fortunately escaped unhurt.

On the other hand, the driver of the truck alleged that he was beaten up by the on-duty policemen without any reason.

Though police have denied involvement in any kind of violence in the whole episode, a video purportedly showing the driver of the PCR van beating the truck driver black and blue after the later tried to run him over is doing the rounds.

Meanwhile, the trucker has been detained by the police for further investigation.