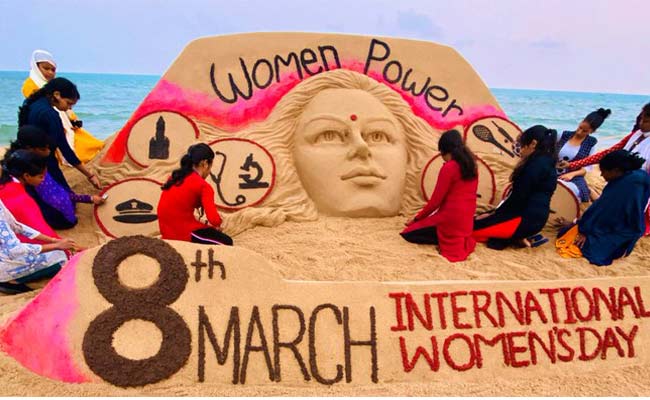 Bhubaneswar: Highlighting the champion role played by women in the development of nation, Odisha Chief Minister Naveen Patnaik on Sunday stated that efforts need to be taken towards empowering women.

Taking to twitter on the occasion of International Women’s Day, Patnaik wrote, “Be it financial independence or representing the people in Parliament, empowering women has been the cornerstone of our development initiatives. We will continue to work towards championing them in every field and create spaces for their leadership towards progress.”

As a mark of respect, people across the world are coming forward to laud the efforts of women who are excelling in several fields. A car and bike rally was organised in Bhubaneswar to mark the women’s day celebrations today.

“We are still a long way to go as far as women empowerment is concerned. Both men and women should work with equality to make society a better place,” said Bhubaneswar Traffic DCP Sagarika Nath who had earlier led the State-level Republic Day parade.

“We are still a long way to go as far as women empowerment is concerned,” says Traffic DCP Sagarika Nath. #EachforEqual #WomensDay pic.twitter.com/KB1b9LdaKx

President Ram Nath Kovind urged people to reaffirm the pledge to ensure safety and respect for women, so that they can move forward unhindered as per their wish in the direction of fulfilling their hopes and aspirations.

On International Women’s Day greetings and best wishes to women in India and across our planet. This day is an occasion to celebrate the untiring efforts and crucial role of women in building a better society, nation and world.

India has outstanding women achievers in all parts of the nation. These women have done great work in a wide range of sectors. Their struggles and aspirations motivate millions. Let us keep celebrating the achievements of such women and learning from them. #SheInspiresUs

On the #InternationalWomensDay I would like to salute all the women athletes of India who have brought laurels for India??#SheInspireUs #SheInspiresMe #FitIndiaMovement pic.twitter.com/wlwoRV97yE

Union Minister Dharmendra Pradhan also took to social media and wrote, “International Women’s Day is yet another occasion to celebrate the steely resolve of women to excel, serve and inspire. Women today are creating new landmarks and will drive the next wave of growth in India.”

Not only politicians, eminent sportspersons and celebrities also conveyed their wishes on the special day.

In various phases of our life, in different roles & ways, YOU have changed our lives for the better.

Today is a day we cherish and celebrate YOU all.
Happy #InternationalWomensDay! #SHEinspiresme pic.twitter.com/xNyKGetZLi