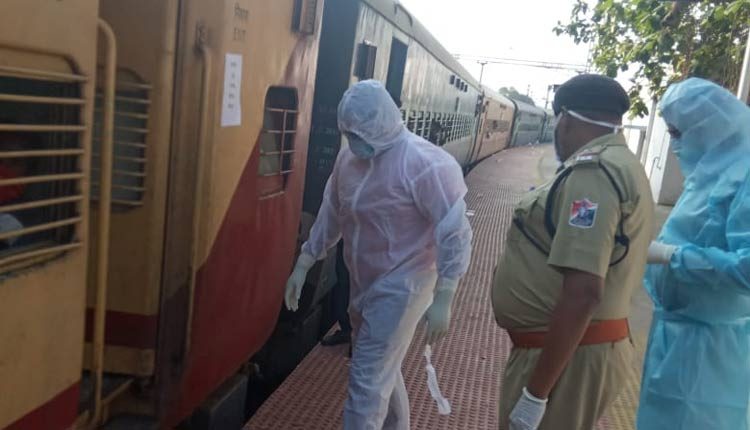 Bhubaneswar: Citing birth of babies on Shramik Special Trains as good and auspicious omen for Indian Railways, East Coast Railways has introduced a novel concept of distributing gifts to such newborn babies.

Officials, on personal and voluntary sponsorship basis, will sponsor a gift coupon of Rs 5,000 to each of the newborn babies in the jurisdiction, a statement released by ECoR said.

Meanwhile, another delivery was reported on an Odisha-bound Shramik Special train after a woman passenger gave birth to a baby boy at Titilagarh Railway Station on Friday morning.

As reported, the woman, identified as Meena Kumbhar (19) from Thodibahal village in Bolangir district, delivered the baby after the train arrived in Titilagarh at 5.40 AM, East Coast Railway (ECoR) sources said. The woman had boarded the train at Lingampali in Telangana for Bolangir.

Woman delivers baby on a Shramik Special train near Titlagarh railway station while travelling from Lingampali in Telangana to Bolangir.

Mother-baby duo shifted to a local sub-divisional hospital & are in good condition after initial health check-up by doctors: ECoR#Odisha pic.twitter.com/b1eRClYT4E

Doctors at the railway health unit in Titilagarh attended the mother and her new-born. Following the direction of Assistant Divisional Medical Officer (ADMO), both of them were shifted to the Sub-Divisional Hospital at Titilagarh through the Janani ambulance service. Later, ECoR GM Vidya Bhushan sent a gift amount of Rs 5000 for the baby.

This is the third delivery case on a Shramik special train under the jurisdiction of East Coast Railway and also in Odisha and the 37th case in Indian railways.

Of the three babies in ECoR jurisdiction, two have been born at Titilagarh and one at Bolangir.