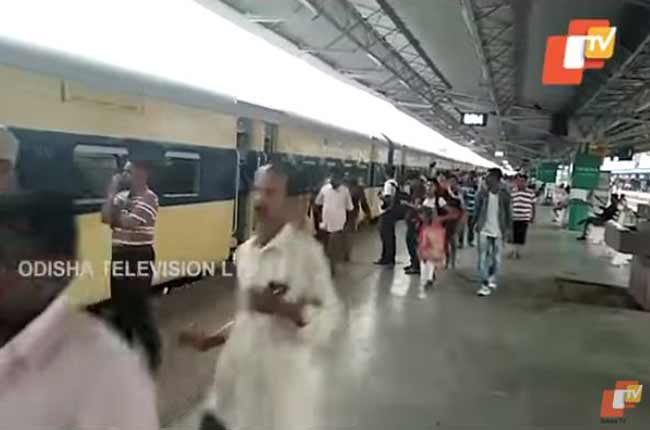 Bhubaneswar: In a bid to provide better facility to the passengers and avoid overcrowding, the East Coast Railways (ECoR) is gradually increasing the count of the Mainline Electric Multiple Unit (MEMU) train services in Odisha. In a span of around a year, the MEMU train services in the State have crossed the half-dozen mark.

As per a press statement issued by ECoR on Saturday, in pursuance of its policy to gradually replace all passenger trains by MEMUs, the Bhubaneswar-Kendujhargarh Passenger train will now be changed to a Mainline Electric Multiple Unit (MEMU) train from February 12 this year. This conversion of the passenger train to MEMU will become the 8th such MEMU train service run under the Khurda Road Division.

All the MEMU trains running in the State are getting enthusiastic response from commuters. A spokesperson of the EcoR claimed that all MEMU trains in the State are running to full crowd capacity. Buoyed by the response, EcoR authorities informed that the number of coaches in Puri-Angul MEMU, which became operational from July 10, 2018, will be increased to 16. The Puri-Angul MEMU will thus be the longest such train in the category in Odisha, said an EcoR release.

The release added that to accommodate more passengers, the Puri-Angul-Puri MEMU will run with 16 coaches from February 11.

New Indian Envoy To US Presents Credentials To Trump