Dream Like A Soldier, Says Odisha Village Girl Who Made It To BSF Fighting Many Odds 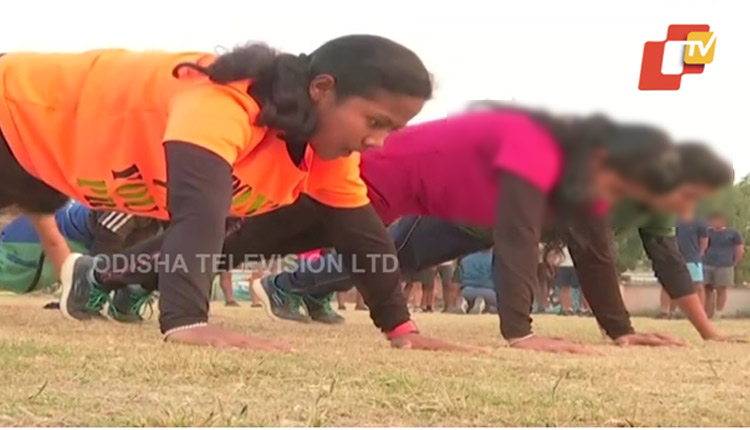 Puri: Around eight years ago when cyclone Phailin ravaged Odisha, a little girl in a coastal hamlet near Puri was busy packing namkeen prepared by her mother in small polythene pouches, waiting for her father to return and sale those in and around the village.

The money earned from the proceeds of the sale was the only income source for sustenance of the four-member family of Diptimayee Tarai in Krushna Prasad village, situated on the outskirts of Puri town which took the maximum brunt of the devastating wind.

Though many would have stopped hoping beyond arranging a mouthful for survival, the disaster only rekindled the fighter in Dipti to achieve the impossible on the face of adversaries.

Eight years down the line, Dipti is no more the same little timid girl. She has come a long way in fulfilling her indomitable desire of becoming a soldier by qualifying for the Border Security Force (BSF), a rare feat set in the backdrop of patriarchy and neglect for the girl child.

The going, Dipti says, was tough and fraught with many difficulties.

“From my childhood days I always wanted to serve the motherland. So defence services came to my mind quite naturally,” she says of her journey.

However, what came on the way of her dreams was the meagre earnings of her father who would struggle to feed three hungry mouths back home—Dipti, her younger sister and mother.

Dipti still remembers how her father would arrange firewood during Phailin while she and her mother made Namkeen for the family’s sustenance.

Nevertheless, once she cleared Std 12 examinations, she decided to prepare for defence services by enrolling herself into the Samantara Academy in Berhampur. Her family pulled all resources to arrange the necessary finances, she says.

The toughest challenge, she says, was faced during the three years of coaching at the academy.

“I can’t remember sleeping with full stomach in all those year,” she says.

Worse were the stray comments and innuendos she would face during her visits to the village.

“People in my village would mock at me saying how much more time would I take to get a job.”

Dipti says she would visit her home quietly and return while avoiding people in the village.

In January this year, Dipti finally cracked the BSF tests for the post of Jawan and is excited about the training which will begin soon.

“I can’t sleep now waiting to begin the trainings,” she says.

Sometime before her selection, Dipti also overcame another hurdle owing to her tonsil problems. However, she underwent surgery to fix the problem and got shortlisted.

Dipti’s coach at the Samantara Academy is all praise for her remarkable achievement. “Her success story is a big example for those who fall back on poverty and social pressures to find excuses for failure. There is no dearth of facilities, one just needs to use those,” the coach says.

Poor girl made it to BSFSuccess journey of poor girl

Bus Travel Frequency Could Return To Pre-Covid Levels In Summer