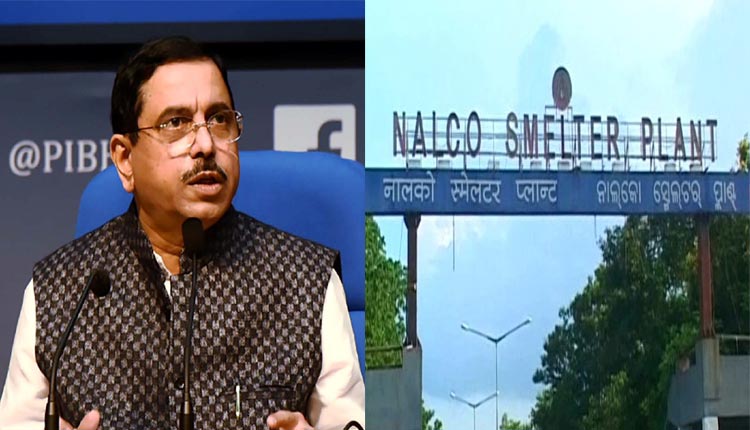 In a letter to Petroleum and Natural Gas Minister Dharmendra Pradhan, Joshi said there is no change in the brownfield expansion of Nalcos Captive Power Plant and Smelter at Angul.

“These projects of Nalco are very much on priority and are covered under the capacity expansion projects. Preparation of DPR is underway and the company will do due diligence on feasibility of these projects based on DPR,” the letter which was released to the media on Wednesday said.

Nalco has proposed expansion of their Aluminium Smelter Plant at Angul for increasing its capacity from 0.46 mtpa to 1 mtpa, which include the construction of 1,400 MW feeder CPP. The cost of this project is estimated to be around Rs 22,000 crore.

Joshi said the Ministry of Mines is taking all steps for implementation of the projects to achieve Prime Ministers vision of Atmanirbhar Bharat. These proposed expansion projects will be beneficial in the progress of the country and state, he said.

Earlier, Pradhan in a letter to Joshi on January 4, had urged the Union Mines minister to ensure that the Nalcos expansion project is expedited.

Nalco’s bauxite production capacity will increase from 7.3 mtpa to 10.5 mtpa after operation of its Pottangi mines.