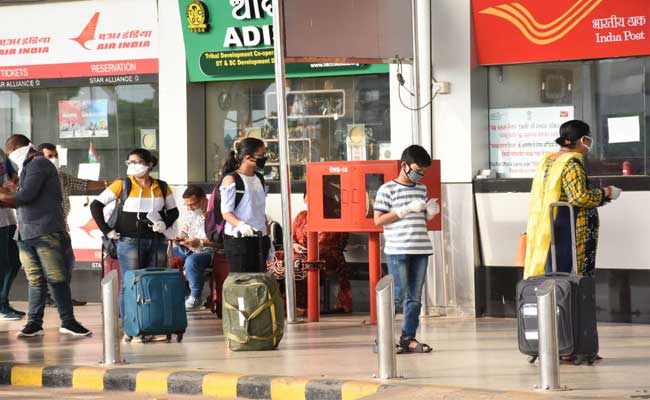 Bhubaneswar: After a hiatus of almost two months, domestic flight operations commenced in over 60 airports across India, including in Odisha today. The services started after Union Civil Aviation Minister Hardeep Singh Puri announced last week to reopen Indian airspace for all domestic airlines.

The flight operations in India recommenced with the departure of a Mumbai bound flight from Delhi’s Indira Gandhi International Airport at 4.45 AM today.

Out of ten flights, only five are scheduled to arrive at Bhubaneswar Airport today, informed Airport Director, VV Rao.

“There are some issues related to coronavirus in states like West Bengal, Tamil Nadu and Maharashtra which is why flights from these states were cancelled. Once these states restore flight operations, all ten flights will operate on a daily basis from May 28 or May 29. In the revised schedule that will be released after May 31, we are expecting more flights to and from Bhubaneswar Airport,” added Rao.

Earlier in the day, one flight each from Bhubaneswar and Kolkata to Jharsuguda airport was cancelled. Two more flights for Hyderabad and Delhi will reportedly fly as per schedule, said officials.

As per the SOPs and guidelines released by the Civil Aviation Ministry, passengers arrived at the check-in two hours prior to the departure of their respective flights. All protocols including social distancing, thermal screening, covering face with masks were rigorously followed at Bhubaneswar and Jharsuguda airports.

As a precautionary measure, the luggage of the passengers was also sanitised before being allowed to enter the airport, said reports.

“We have made special arrangements of social distancing and sanitization at the airport. We are trying our level best to make Bhubaneswar Airport touch-free,” the BPIA Director ensured.

HRD Increases Exam Centers For Pending CBSE Board Exams To 15,000