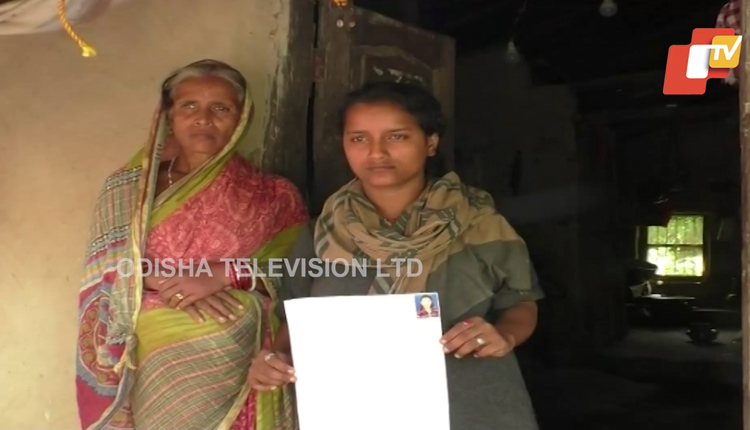 Balasore: A 19-year-old divyang girl from Odisha’s Balasore district has written a letter to Chief Minister Naveen Patnaik requesting him to grant her a house under government scheme.

The girl, Madhumita Pani of Ishanpur village under Chalunigan panchayat of Balasore district, is suffering from speech impairment and left her studies after Class IX. Madhumita’s father Upendra Pani is a daily wage labourer.

“I live with my parents, two brothers and grandmother. We are extremely poor and even struggle to arrange food for our survival,” wrote Madhumita in her letter.

Narrating her plight, she wrote that her house is in a deplorable condition and water enters her house whenever it rains.

“As I am divyang, I am like a burden on my mother and father,” she rued.

Madumita further alleged despite repeated requests to the district administration to grant her aid to build a house, her appeals fell on deaf ears.

“The people of Odisha believe that those who do not have any support, CM Naveen Patnaik is always for them. You are my last hope and therefore I request you to grant me a house,” wrote Madhumita in her letter to the CM.

Madhumita’s father, Upendra Pani said, “We live in a kutcha house and the roof starts leaking with little rain. Though I have earlier informed the local MLA and Sarpanch to help me get a house under the government’s scheme but no steps have been taken in this regard yet. With no alternative, my daughter wrote the letter to the CM.”

On the other hand, the sarpanch of Chalunigan panchayat, Arun Mallick said, “They (Madhumita’s family) have not been included in Socio-Economic Caste Census (SECC) list. Once the names are registered, we do not have any problem to help them.”