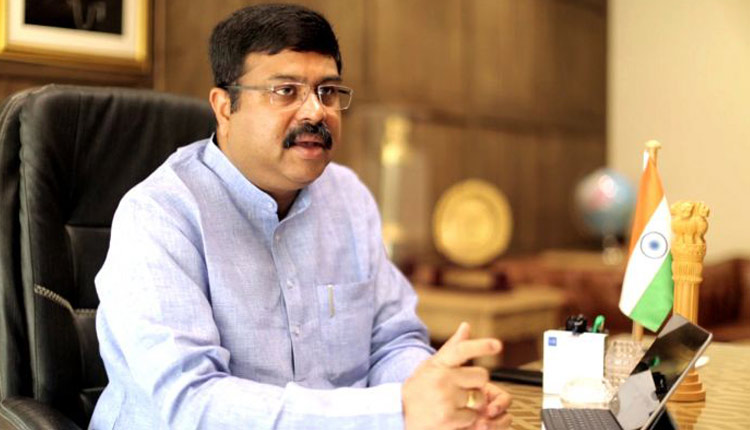 Bhubaneswar: Union Petroleum Minister Dharmendra Pradhan on Monday wrote to Union Health Minister Harsh Vardhan requesting him to set up one of the four proposed National Institutes of Virology in Bhubaneswar.

Justifying his demand, Pradhan said that Bhubaneswar has emerged as a prime centre of medical research and education in Eastern India with the presence of world-class institutes such as All India Institute of Medical Sciences (AIIMS), Institute of Life Sciences (ILS), ICMR-Regional Medical Research Center and ICAR-ICFMD (International Centre for Foot & Mouth Disease).

“Owing to its strategic location and skilled manpower, Bhubaneswar is well positioned to be considered as location for one of the four proposed National Institutes of Virology (NIVs). NIV Bhubaneswar will benefit from proximity to the above-mentioned R&D Centers of Excellence and leverage it for pushing collaborative research efforts. This can cater to the population of Eastern, South-eastern and Central Indian States. This will also be in line with the Purvodaya vision of the Prime Minister,” Pradhan stated.

It is pertinent to mention here that, India’s medical R&D institutions like National Institute of Virology (NIV), Pune have played a critical role in the fight against the dreaded Coronavirus.

“Since emergence of such viruses in future is quite likely and Covid-I 9 pandemic may well be the first of many such zoonotic viruses afflicting humanity, it is thus commendable that Budget-2021 has announced the setting up of four additional National Institutes of Virology, to strengthen India’s defenses against future pandemics,” Pradhan added.