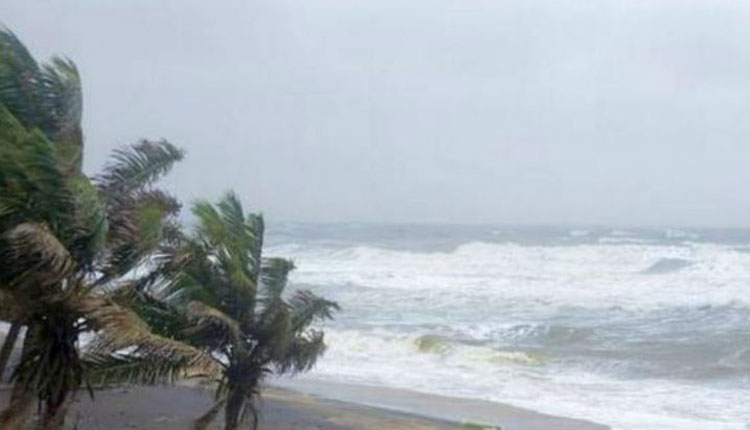 Bhubaneswar: Even though Odisha has been spared from witnessing a heavy spell of rain today, several districts in North Odisha will experience squally winds under the influence of the depression in the next 12 hours.

Squally wind speed reaching 40-50 kmph gusting to 60 Kmph is likely prevail over north Odisha coast during next 12 hours. Besides, the local warning signal no-3 at all ports continues in view of the Depression over north Bay of Bengal.

Though there is no heavy rainfall warning for Odisha, fishermen have been advised not to venture into North Bay of Bengal during next 24 hours and off Odisha coast during next 12 hours as a precautionary measure as the sea conditions would remain rough.

As per the latest weather bulletin, the Depression over north west Bay of Bengal off Odisha coast moved north-northeast wards with a speed of 24 kmph during the past six hours and lay centred over North-west Bay of Bengal off WestBengal–Bangladesh coasts, about 50 km south east of Sagar Islands (West Bengal) and 200 km west-southwest of Khepupara( Bangladesh).

Squally wind speed reaching 45-55 kmph gusting to 65 kmph would occur over North Bay of Bengal during the next 24 hours.