Till Tuesday (August 6) as many as 21 districts in Odisha had slipped into deficient category from 17 districts during July last week. The State as on August 6 figured among the top-10 deficient rainfall states in country 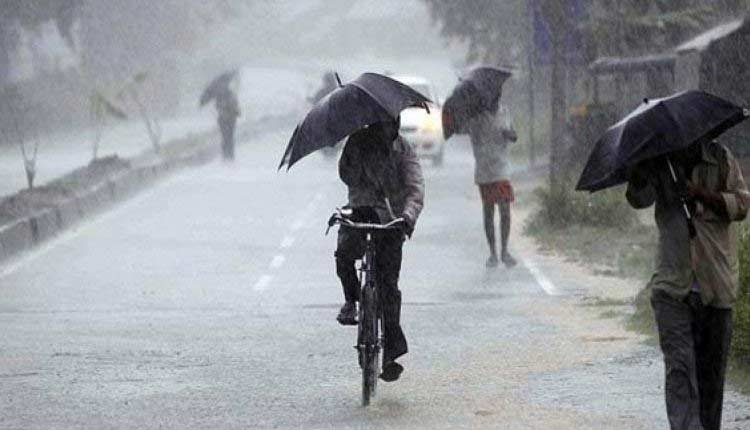 Bhubaneswar: As this Monsoon’s first deep depression, though has weakened into a depression now, is stationed in Odisha,  the State has witnessed intense rainfall activities on Wednesday. The State, especially south interior Odisha adjoining Chhattisgarh, will experience heavy rainfall (80-90mm) tomorrow (August 8).

As of mid-day, the State has received around 7cm rainfall following the deep depression crossing the Odisha coast between Balasore and Paradip.

As per Skymet, during the next 24 hours, normal Monsoon conditions will prevail over parts of south Odisha. Consequently, heavy rainfall is predicted in the region, says the release. It further predicted winds at around 40 Km/hour in the region owing to the depression system.

The IMD forecast, however, has warned of extremely heavy rainfall in one-two places in the south-interior Odisha in the coming 24-hours.

In the past 24 hours, the coastal and the southern parts of Odisha have witnessed heavy torrential rains. Paradip, Bhubaneswar, Gopalpur and Koraput recorded 54 mm, 43 mm, 121 mm, and 138 mm of rains, respectively.

Meanwhile, the heavy rain caused a flood-like situation in the southern region of the state. Due to flash floods, several trains have been canceled and short-terminated for the safety of passengers.

As per met experts, the depression system gives more intense rains over those areas which are towards the South of its track, while fewer rain activities are seen towards north of the track of depression.

Such heightened rainfall in Odisha for nearly 48 – hrs is expected to prune the deficit that had risen to 23 per cent as on August 6 (Tuesday).

The rainfall data available with IMD shows that till Tuesday (August 6) as many as 21 districts in Odisha have slipped into deficient category from 17 districts during the last week of July. The State as on August 6 figured among the top-10 deficient rainfall states in the country.

According to the met experts, retaining such a high order of deficient till August first week in Odisha is attributed to uneven rainfall in this monsoon season so far. The monsoon low or depression systems in Bay of Bengal are taking shape in such a fashion that the intense rainfall is always witnessed towards the south of the system. The consequence is good rainfall is being observed in the south interior than north interior Odisha.

Pak Has Option Of Approaching ICJ On Kashmir Issue: Minister