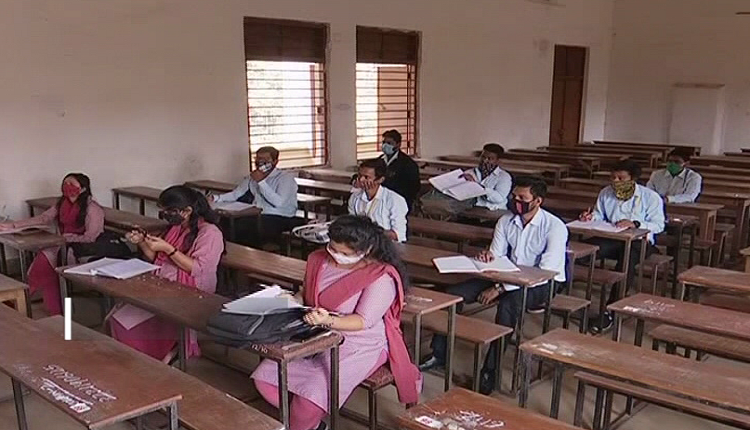 Bhubaneswar: Even as the Odisha School and Mass Education Department has announced details of matric board examinations 2021, delay in issuing fixed guidelines for the conduct of +2 examinations has become a cause of concern for the higher secondary students.

The students who have already started classes including theory and practical are still apprehensive about their examination, syllabus, exam centres, question papers and number of papers and marks as the School and Mass Education department is yet to come out with a detailed plan.

Higher secondary students in the State have now demanded the government for early announcement of guidelines and make arrangements to ensure that they get facilities just like the ones announced for the class 10 students.

“Matric students will be provided with test paper free of cost besides other facilities. We also want certain privileges like them. We are still in doubt regarding the examination as the government has not yet set any fixed guidelines for our test,” said Nikasa Das, a plus 2 student.

Jogeswar Mishra, another plus 2 student also echoed similar demands for them. “We want Matric-like facilities for us too. Besides, the government should relax the norms of all day classes,” he added.

“Like Pariksha Darpan for Matric students, plus 2 students should also be provided with similar test papers. Their exam fees should also be waived off,” said Basudev Bhatt, president of All Odisha Parents Association.

Former deputy controller of examination, CHSE, Prabodh Panda is also in favour of early announcement of detailed guidelines for the examination.

“The CBSE has already announced its guidelines to conduct examination. So, the CHSE should not keep the students in dark anymore and come out with detailed guidelines at the earliest,” he added.

The School and Mass Education Department or the CHSE have not commented on the matter.

Notably, the government had earlier announced to conduct the examination after 100 days of class room teachings. The government had also announced details of examination for matric and waived off the exam fee besides declaring to provide ‘Pariksha Darpan’ (test paper) containing probable questions and answers for the students free of cost.