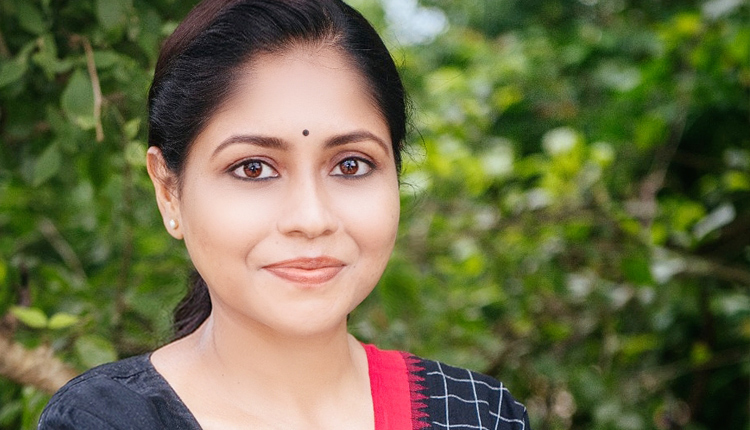 Bhubaneswar: Anshu Pragyan Das, a renowned wildlife and biodiversity conservationist from Odisha, has been conferred with the prestigious ‘Green Warrior Award’ for her commitment to protect and conserve India’s rich biodiversity. Das is among the eight awardees from India who were felicitated with the 2020 Natwest Group Earth Heroes Awards for passionately working towards mitigating climate change and managing the planet’s biological diversity.

As a Divisional Forest Officer (DFO) of Mahanadi Wildlife Division in Satkosia Tiger Reserve at Angul (Odisha), Das has made a difference in this difficult protected area. She has extensively worked for five years in the Tiger Reserve playing a crucial role in the revival of the southern part of Satkosia Tiger Reserve (Mahanadi WL Divison) in the face of hostile communities and the presence of left-wing extremist activity. Her community engagement initiatives succeeded in enlisting the support of the local community towards wildlife which played a crucial role in strengthening protection and brought control over the indiscriminate poaching that had prevailed.

Das managed to put a stop to the illegal fishing that prevailed in the core zone of Satkosia Tiger Reserve which was a threat to the survival of Gharials in the habitat. Strategically, she created an inviolate area for prey species populations and through a series of confidence-building measures, such as solutions to human-wildlife conflict and introduction of many eco-development activities, she was able to restore the Baisipalli sanctuary as a thriving habitat.

She further mobilized the local community to create Odisha’s first Ecovillage named Muduligadia, which is self-sustaining and without any dependence on forest. The Ecotourism project called ‘Satkosia Sands Resort and Nature Camp’ run by 34 community members has generated revenue of Rs 3 crore in the past 4 years thereby enlisting the support of the local community towards the tiger habitat at Satkosia Reserve.

Das is an accomplished birder, photographer and writer and has deployed these skills to create an interest in the states’ wildlife and biodiversity. Her publications ‘Avifauna of Satkosia’, ‘Satkosia Seen and Unseen’ and ‘Birds of Satkosia Landscape’ have garnered much attention from the government and birders alike.

Thrilled with this achievement, she said, “I am deeply honoured to be conferred with the ‘Green Warrior’ Award at the NatWest Group Earth Heroes Awards 2020 ceremony. I am thankful to Odisha government and all my seniors for their support.”

Head of NatWest Group India, (formerly RBS India) the global capability centre of the Natwest Group, that felicitated the winners of the 10th edition of the NatWest Group Earth Heroes Awards said it is their modest effort to show gratitude to these leaders. These are individuals and institutions who have done significant work in conservation of wildlife and habitats and welfare of communities therein thereby making an impact in “Conservation of Biodiversity and Sustainable Development”, the theme for the 2020 awards.

The virtual ceremony was graced by the Chief Guest, Elizabeth Maruma Mrema, Assistant Secretary-General, UN and Executive Secretary of the Convention on Biological Diversity.