Daylight Robbery At Shop In Ganjam, Police On Toes To Nab Miscreants 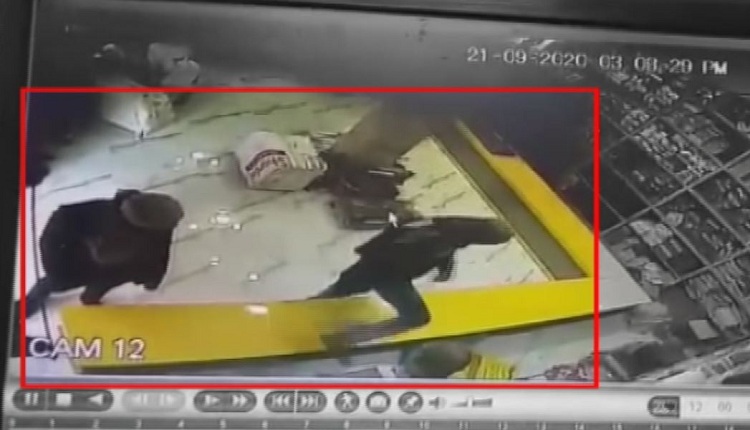 Ganjam: In a broad daylight heist, a gang of three robbers Monday looted around Rs 1.5 lakh cash from a saree and cloth store in Venkateswar Street under Kabisuryanagar police limits in Ganjam district.

As per a complaint with the police, the incident took place at around 3:30 pm yesterday. One person waited outside the shop on his bike, while two others pretending to be customers entered Aladu Saree shop and suddenly brandished sword and sharp weapons at the salesman.

The robbers allegedly pushed aside the shop owner and looted around Rs 1.5 lakh that was in cash drawer.

Within few minutes, all three fled the scene. The owner tried to give the robbers a chase but failed to catch them.

The incident has been captured on CCTV. Based on the footage, police have begun an investigation and are hopeful the footage will help them identify and track down the miscreants.

“They first asked me to give way. I told them to remove and keep their footwear outside the shop. All of a sudden, they pushed me and jumped over the counter. As estimated there was cash around Rs 1.3 lakh to 1.5 lakh which has been looted,” said the shop owner.