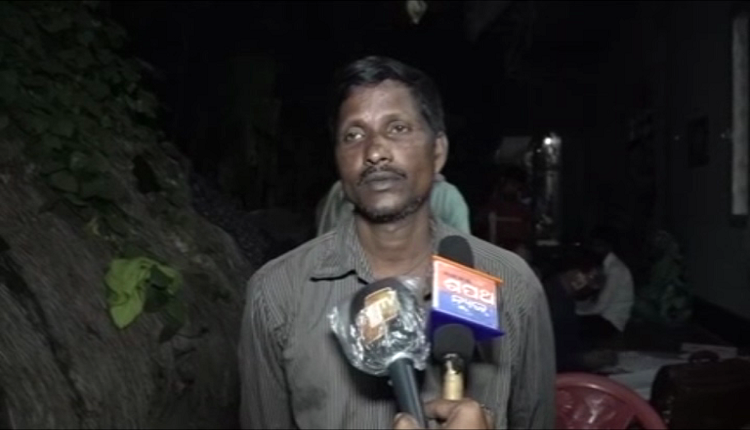 Paradip: Some miscreants allegedly cheated government exchequer of around Rs 1.5 crore GST in the name of a daily wager in Paradip area of Jagatsinghpur district.

The victim identified as Bigyan Swain of Pitambarpur in Jagatsinghpur feigned ignorance about the fraudulent transaction.

“I am shocked to know that some miscreants have used my documents to cheat government in my name. I am a daily wager. I don’t know anything about GST fraud. The Officials of Income Tax department today questioned me regarding this,” the victim Bigyan Swain said.

The fraudster has carried out the fraud using photo ID and other documents of Swain.

The Enforcement squad of the GST has reached him after issuing a notice and started questioning him.

The business transaction in the name of the daily labourer had been carried out since August to till date, officials said.

An agreement was signed fraudulently with Swain for the business while the owner of the house in Bhubaneswar where the business runs has been shown as Bijay Badjena. The PAN card and the photo ID of Bigyan Swain were used in the entire transaction, the official maintained.

“Our investigation revealed that some miscreants used the GST number in his name and made around Rs 1 crore transactions. But, Swain is an ordinary labourer,” said Bijay Kumar Nayak, GST Enforcement Officer.

“We are trying to reach out to the real mastermind and key people involved in the fraud,” he added.