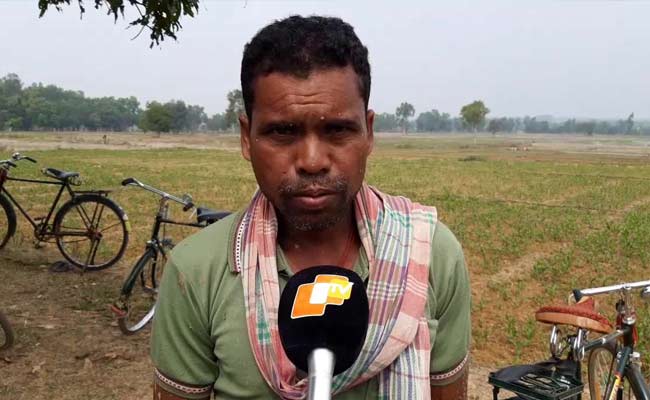 Nabarangpur: A daily wage labourer in Odisha has been slapped an Income Tax notice to pay Rs 2, 59,510 as tax for the assessment year 2014-15.

According to sources, Sanadhara Gand, a resident of Pujaribharandi in Umerkote area of Nabarangpur district reportedly works as a labourer and earns a few hundred bucks a day. But like a bolt from the blue, a notice from the Income Tax department left him speechless when he found that he has been asked to pay tax for transactions worth over crores in his account reportedly without his knowledge.

In the notice, the Income Tax Officer, Jeypore has asked Sanadhara to appear before him either personally or through duly authorised representative on February 10, 2020 and show cause why an order imposing a penalty on him should not be made under section 271(1)(c) of the IT Act, 1961.

As per the notice of demand, Sanadhara mentioned as a wholesale trader of seasonal goods did not file his return during the year 2014-15 though he had a taxable income and also made cash deposits amounting to Rs 1,47,82,057 in his bank accounts maintained with Umerkote branch of ICICI Bank during the fiscal year 2013-14.

But much to the surprise, Sanadhara has no idea about crores of rupees transacted in his account.

“I was working under one Papu Agarwal for last seven years and once he asked me to give him my voter ID and some documents and thereafter I don’t know why I received IT notices showing that I had carried out transactions of over one crore rupees in my account,” said Sanadhara.

Legal expert Srinibas Patnaik said, “As per policies of banks, one cannot open an account without actually visiting the bank even though he gives his documents to someone else. So if the assessee claims that he does not know how a bank account was opened on his name and crores of transaction was completed in the account without his knowledge, the bank official in charge of inspection and the one who has cleverly used the complainant’s name to transact funds will be responsible.”