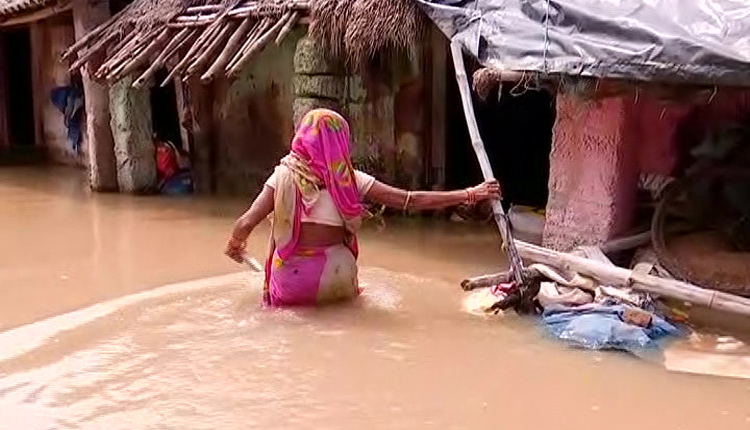 Bhubaneswar: Even though the flood situation in Odisha is yet to improve, a fresh cyclonic circulation over the Bay of Bengal is likely to trigger rainfall in several parts of the State pounding more miseries on people.

As per data received from the weather agency, six districts- Deogarh, Dhenkanal, Angul, Jharsuguda, Sundergarh, and Malkangiri have so far received more than 20 percent surplus rainfall.

Meanwhile, though water-level in several rivers of Odisha, including Mahanadi has considerably declined, the flood situation in many districts continued to remain grim on Wednesday.

With the water level of Baitarani River and its tributaries in Jajpur district gradually receding, flood situation has slightly improved in 16 out of the flood-hit 19 panchayats of the district, said reports.

Similarly, the flood situation has also improved in Balasore and Bhadrak districts.

The water level of Hirakud Dam continued to fall today due to the reduced water flow into the reservoir from the upper catchment areas. Similarly, the water level in Brahmani, Baitarani, and Subarnarekha rivers have also come down, said engineer-in-chief of the Water Resources department Jyotirmaya Rath.

Odisha Floods: Gloomy Pictures Continue To Come From Across The State

Subramanian Swamy: Sushant Singh Was Murdered As He Was ‘Too Talented To Handle’