Cyclone threat to Odisha in COVID times? Low pressure on May 1, Landfall on May 3

Models of IITM & US-GFS predict formation of Low pressure Area (LPA) on April 30 in south-east of A&N Islands. LPA will cross A&N on May 2. Landfall in Myanmar on May 3. But GFS predicts heavy rainfall in and around Jajpur-Bhadrak on May 2 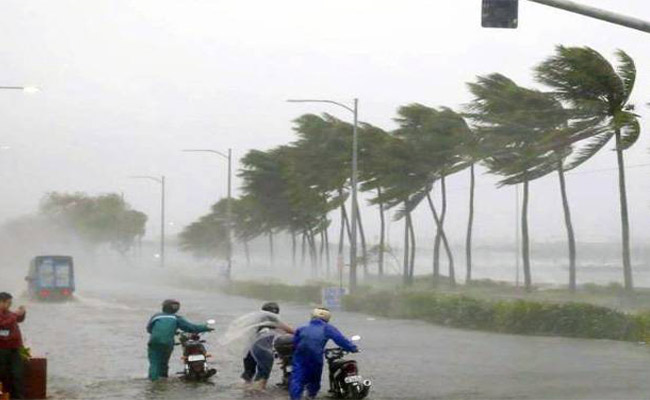 Bhubaneswar: Imagining cyclone threat to Odisha during the COVID crisis is simply spine chilling. Like the deadly cyclone Fani in May last year, is Bay of Bengal brewing up another to throw at Odisha in May this year?

For the COVID hit State, the real worry is, Bay of Bengal will be giving birth to this season’s (April – November) first low pressure on May 1. However, the apparently soothing prediction for Odisha is, though, the low pressure area will develop into a depression, and probably to a cyclonic storm later, Odisha is seemingly out of its radar.

The models developed by Indian Institute of Tropical Metrology (IITM), Pune and US-based Global Forecast System (GFS) are unanimous in predicting that the system will move away from the Indian  coast and head towards the border of Myanmar and Bangladesh. The prediction shows the system will make landfall in Myanmar-Bangladesh on around May 4-5.

As per the IITM’s model on cyclonegenesis and evolution probability from Climate Forecast System based Grand Ensemble Prediction System (CGEPS), there is nearly 40 per cent probability of cyclonegenesis  near Andaman sea on May 1, and there is equal probability of the system tracking the path towards Myanmar – Bangladesh border. (See the image given below).

However, as per the US-based National Oceanic and Atmospheric Sciences’ (NOAA) Global Forecast System (GFS), a low pressure area will be formed to the south east of Andaman and Nicobar islands on April 30. The system will move near A&N islands on May 1.

As cyclones always take a north direction, as per GFS, the system will cross the A&N on May 2 and emerge in the Andaman sea only to head towards Myanmar. The system is predicted to make land fall in Myanmar on May 3 – the day when Cyclone Fani hit Odisha coast last year. (See the images above).

However, as per the NOAA- GFS model, Odisha will be witnessing heavy rainfall on May 2. The model predicts heavy rain around Jajpur and Bhadrak – the two emerging COVID hotspots in Odisha which will record around 12mm rain per hour.

The model shows rains in the range of 2-4mm/hour in the districts right from Puri, Nayagarh, the coastal belt to Keonjhar and Mayurbhanj etc.

Wishes pour in as ‘God of cricket’ Sachin Tendulkar turns 47